Garma: Only criminals are unsafe in Cebu Bizmen: Traffic is a bigger concern than crimes 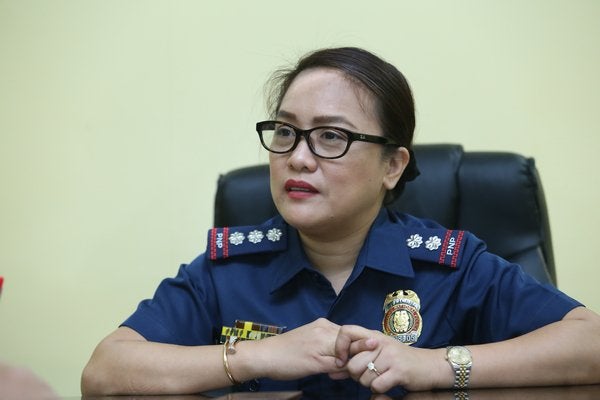 FOR the police chief of Cebu City, Cebu is only unsafe to criminals.

The Cebu business community, likewise, feels safe in Cebu City despite the recent spate of killings.

But while they have put their trust and confidence on the Philippine National Police, Cebu business leaders were calling on the different
security enforcement agencies to immediately resolve these cases.

“We have full confidence that our police authorities will be able to resolve the spate of killings and maintain peace and order. In fact, our monstrous traffic problem has a bigger negative impact on the business community,” said Cebu Chamber of Commerce and Industry (CCCI) President Antonio Chiu.

For Senior Supt. Royina Garma, Cebu City Police Office (CCPO) director, only those who have committed crimes should feel unsafe.

Garma gave this statement after Cebu City Mayor Tomas Osmeña noted that the city is no longer as safe as he would have wanted it to be, given the spate of killings that occurred on Tuesday.

Garma said criminals are the ones who should worry and should leave the city immediately.

“Leave the city. Find a place where drugs (are) okay and where drug pushers and users are welcomed,” she said partly in Tagalog.

According to Garma, the CCPO has been deploying more policemen in public places to ensure the safety of the city’s residents and visitors.

Aside from intensifying their campaign against illegal drugs, the CCPO is also tightening the security in crowded places like schools and densely populated community, she added.

But Garma stressed that the public should not get too complacent when they would go out, even in their own neighborhood, as the police could not cover and protect all the city’s residents at all times.

(We all know that there are instances that when we walk on the streets or when we ride a jeep there can be snatching. But the police cannot be in every corner. So, do not use cellphones or be vigilant of your surroundings.)

Jefrey Cañedo, an emotionally stressed former overseas Filipino worker (OFW) who was looking for Cebu Archbishop Jose Palma, was gunned down by policemen inside the Archbishop’s Residence compound after allegedly tried to draw a gun on the cops.

Four-year-old Bladen Skyler Abatayo was also killed after he was hit by a stray bullet during an anti-drugs operation by the Carbon Police Station in Barangay Ermita. On the same day, Kalunasan Barangay Councilman Ruel Mabano was shot dead by a still unidentified assailant who was caught on closed-circuit television (CCTV) camera.

Before the day ended, at 11 p.m., two security guards died after they shot each other following an altercation in front of a closed-down convenience store in the North Reclamation Area (NRA).

Other business leaders, however, also consider these gun violence cases as isolated.

“Being a Cebuano and being here in Cebu, I don’t feel that Cebu is not safe. You can’t avoid that there are certain crimes but that does not mean it is rampant, making it unsafe,” he said.

For example, Go said he does not feel unsafe to the point of not allowing his own children to go outside, or having to hire bodyguards for themselves.

“But even though these are isolated cases, these have to be investigated and acted upon because it will definitely affect how local and foreign guests will look at and see Cebu,” he added.

While there may still be no impact from these killings on the business community, Go said it will eventually affect the confidence of businesses in Cebu if these killings are unsolved.

It is also important to bring to justice those that are involved, he said, as this would help sustain the image that Cebu is really safe.

Carlo Suarez, president of the Hotel, Resort, Restaurant, Association of Cebu (HRRAC), also believed that the recent series of killings are only isolated cases.

“We have trust and confidence in our Philippine National Police. We know they are on top of this situation. We hope that they could fast track all these cases and capture those people involved,” he said.

Suarez added that he has also not received any form of complaint or concern from other members of HRRAC regarding the recent killings.