Luigi lauds Team enforcer, 3 others for a job well done 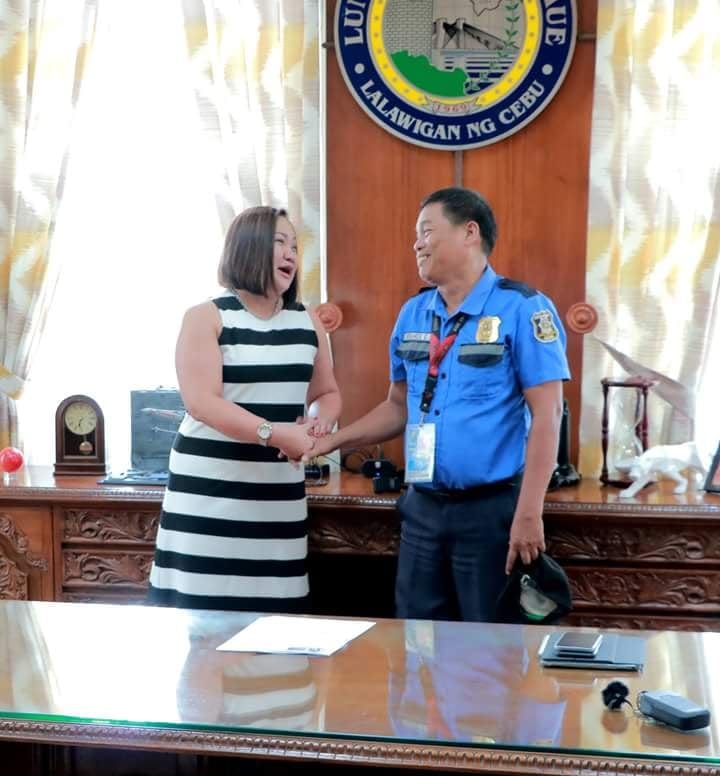 Lawyer Elaine Bathan congratulates Team enforcer Camelo Cobarde Jr. for enforcing traffic rules in the city even if that means issuing her with a citation ticket for a traffic violation.
/Mandaue PIO

Cobarde was surprised when Quisumbing handed him a cash reward of P5,000 and a certification for apprehending lawyer Elaine Bathan, the mayor’s chief of staff, for a traffic violation on Tuesday.

The Banilad resident also got to again meet Bathan who shook his hand and thanked him for doing his job well.

“We do not hesitate to recognize the heroic deeds of anyone here in Mandaue or by a Mandauehanon in other places as they are good examples for everyone to follow,” Quisumbing said.

(I am grateful for people who recognize hardwork. This kind of recognition inspires me to continue to do my job despite being exposed to fatigue, heat, dust and rain. And I hope that my good deed will also inspire others to also be truthful in their service (to the city).)

Cobarde, who has worked with the Traffic Enforcement Agency of Mandaue (Team) for five years, flagged down Bathan’s service vehicle after he saw her execute a u turn after crossing UN Avenue from D. M. Cortes Street.

Bathan who was on her was on her way to the nearby St. Peter’s Memorial Chapels was stepping on a portion of UN Avenue with double solid lines.

Quisumbing said he is happy with Cobarde’s dedication and bravery in the performance of his duties.

He said that Cobarde bravely apprehendedBathan and issued her with a citation ticket irregardless of her position at City Hall.

Quisumbing also handed P10,000 cash to be shared by three personnel of the city’s Janitorial and Security Services Unit (Jassu) for apprehending a snatcher who was victimizing Public Utility Jeepney (PUJ) passengers on July 9 while at the vicinity of a private hospital at the North Reclamation Area (NRA).

Wendel Sustino, Oscar Naparate and Restituto Reboquio are civilian personnel assigned to help ensure peace and order at the NRA.