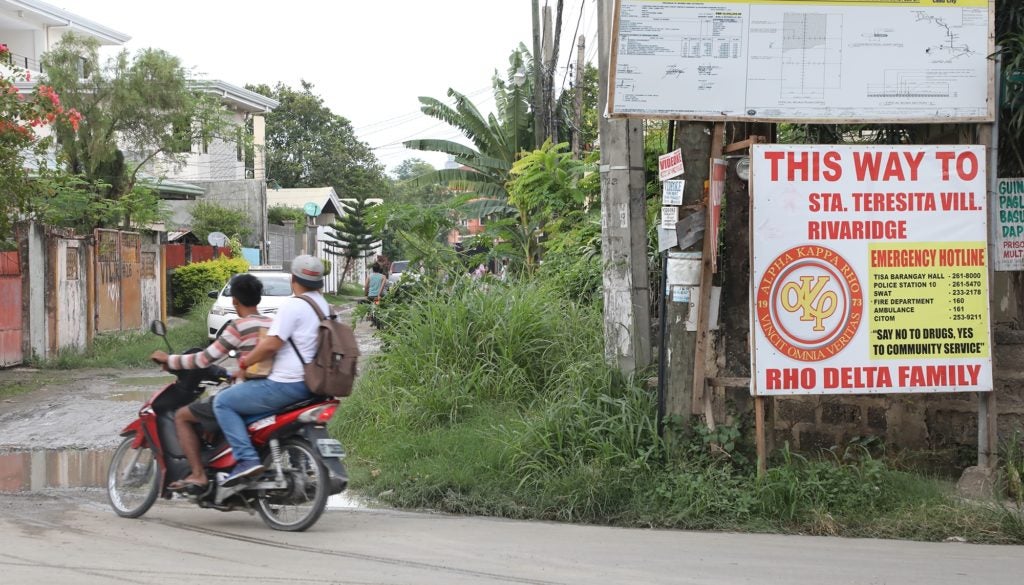 CCTV footages show the murders of Jamie Mata, 16, her boyfriend Stephen del Corro and Harry Lloren are connected and done by the same group of killers

The murders of three persons whose remains were separately dumped in Mandaue City and Liloan, including that of 16-year-old Jamie Mata, were believed to be perpetrated by the same killers, with the young girl being at the wrong place at the wrong time.

Police and local government authorities are now asking for witnesses to come forward.

Still without any identities of the suspects, authorities appealed to witnesses for help in an attempt to unlock the mystery behind the death of three friends whose bodies were thrown in separate locations on Monday evening.

Tumulak said they were looking into illegal drugs as the possible motive for the brutal murders.

“The mother of one of the male victims admitted that her son was into illegal drugs. We also found out from their friends that indeed two of the victims were using and selling prohibited substances,” he said in an interview.

“We appeal to witnesses to assist us in the investigation,” he added.

Tumulak said two of the victims — Stephen del Corro, 26, and Harry Uy Lloren, 43 —had been friends for some time and were reportedly involved in the illegal drugs trade.

Mata, who was Del Corro’s girlfriend of about a year, wasn’t into illegal drugs but might have been killed after she went to Del Corro’s boarding house in Barangay Subangdaku, Mandaue City, on Monday evening, the councilor said.

Footages of a closed-circuit television camera (CCTV) from the boarding house where Del Corro stayed showed that Mata arrived at the place at 7:40 p.m. last Monday, July 23.

A minute after, at 7:41 p.m., four men who were wearing face masks arrived on board two motorcycles and went inside Del Corro’s room.

At 7:52 p.m., one of the motorcycles went out with three men on board. Tumulak said they found out that the person in the middle was Lloren.

At 8:01 p.m., the same motorcycle came back but without Lloren.

Four minutes later, at 8:05 p.m., the two motorcycles emerged from the boarding house with both Del Corro and Mata wearing helmets and flanked by two persons on each of the motorcycles.

Tumulak said investigators could not identify the suspects since they were wearing face masks and helmets.

“The two victims were transported on two motorcycles. They were situated in the middle of two men whose faces we could not recognize,” he said.

Tumulak said they received an information that the three victims were later transferred to a car, which was believed to have been used in transporting them to the place where they were killed and dumped.

Lloren was found lifeless beside the road in Barangay Casili, Mandaue City, on Tuesday morning. He had gunshot wounds on the head and different parts of his body.

In the morning of the same day, the bodies of Del Corro and Mata were found in a grassy lot in Barangay San Roque, Liloan town, north Cebu. They each had gunshot wounds on their heads.

“The abduction and killing of the victims were well-planned. I believe only one group carried it out,” said Tumulak, who was requested by friends and families of the victims to come in and help them find justice.

While illegal drug was seen by Tumulak as the possible motive in the killing, Supt. Randy Korret, chief of the Liloan Police Station, said they were also looking at the possibility that the crime was related to a conflict in a fraternity.

Both Del Corro and Mata were members of a fraternity in Cebu, as confirmed by their families.

“We’re backtracking what could have transpired prior to the killing. The way I see it, this could be related to the victims’ participation in a fraternity,” Korret said in an interview.

“At this point in time, however, we still have no identities of the suspects,” he added.

No data was released by authorities as to whether or not Lloren was a member of a fraternity.

Del Corro’s grandmother Brijida, in an interview, said she heard rumors that a drug personality fell in love with Mata.

“Basin og selos-selos ni ba. Pero storya ra lagi pud ning ako gikan sa ilang mga higala. (Perhaps, this crime was brought about by jealousy although the things I heard are nothing but rumors from their friends),” she said.

Brijida said Del Corro, a call center agent, and Mata, a grade nine student of Don Sergio Osmeña Sr. Memorial National High School in Barangay Labangon, Cebu City, had been lovers for about a year prior to the killing.

“But they don’t live with each other,” she said.

Not a negligent father

For his part, Jenny Navaja, the stepfather of Mata, said he repeatedly asked the teenage girl not to join a fraternity and to stay away from Del Corro after they learned that he was into illegal drugs.

“Di gyud na siya (Mata) kamahay nako. Sigehan ko ni siyag istorya sa dihang buhi pa, mag-away pa mi sa inahan labanan lagi. Unsaon ta man, ipalapos ra gyud sa dunggan ang akong gipangsulti (She could not blame me. I kept on reminding her when she was still alive. There were even some instances when I quarrelled with her mother who always defended her. But what else could I do, she didn’t listen to me),” Navaja told Cebu Daily News.

Motubag na namo kon badlongon (She would just answer back saying ‘I’m old enough and I know what I am doing.’ She used to be an obedient girl. But when she joined a fraternity, she changed. She would answer back when we called her attention),” he added.

Although Mata was not his biological daughter, Navaja said he treated her just like she was one of his own, along with his seven children with the girl’s mother.

The families of the victims have yet to finalize the date of their burial.

Read Next
Osmeña decries ‘wave of violence’ in Cebu