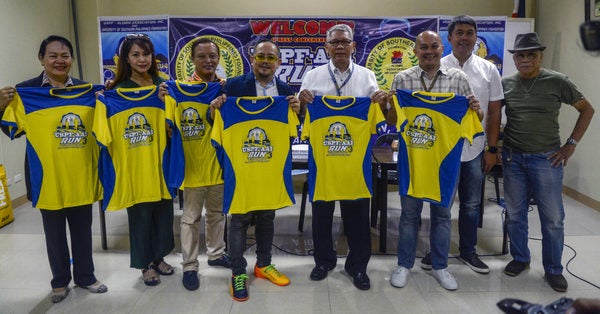 AFTER a four-year hiatus, the University of Southern Philippines Foundation (USPF)-Alumni Association Incorporated (AAI) will be bringing back its USPF-AAI Run on August 26.

The race starts and finish at the USPF-Lahug campus.

The main goal of this running event is to raise funds to support USPF’s athletic squad and also to help USPF-AAI’s scholarship program.

“It’s going to be a very big help for us considering that we lack the funds to support our athletes. But even though we were in that circumstances before, we still worked hard, trained hard and performed our best,” said USPF’s athletic and cultural director Glenn Albutra.

The Panthers were silently making waves in different sporting events in Cebu. Recently, the Baby Panthers-Organique basketball team finished as runners-up in the Cebu Schools Athletic Foundation Inc. (Cesafi) Partner’s Cup. USPF’s athletic squads also won numerous medals in different meets last year, which shows they can perform despite the lack of financial capacity to meet the needs and demands of the athletes.

USPF-AAI vice president Charles Vailoces said they are now more committed to supporting not just their scholarship program, but also the Panthers’ athletes.

Jereza said he is thankful to the USPF-AAI for organizing the fun run that will offer 12-kilometer, 6k, and 3k distances.

“We saw how our athletes performed so how much more if we have enough budget for them?” said Jereza.

Registration fee is pegged at P450 for the 12k, P400 for the 6k and P350 for the 3k. There is also a 1k category for kids and a separate 3k category for senior citizens. Registration can be done at the USPF campuses in Lahug and Mabini and at the Toby’s Sports outlets in SM City Cebu and SM Seaside City Cebu.

Read Next
Nietes fights on Sept. 8