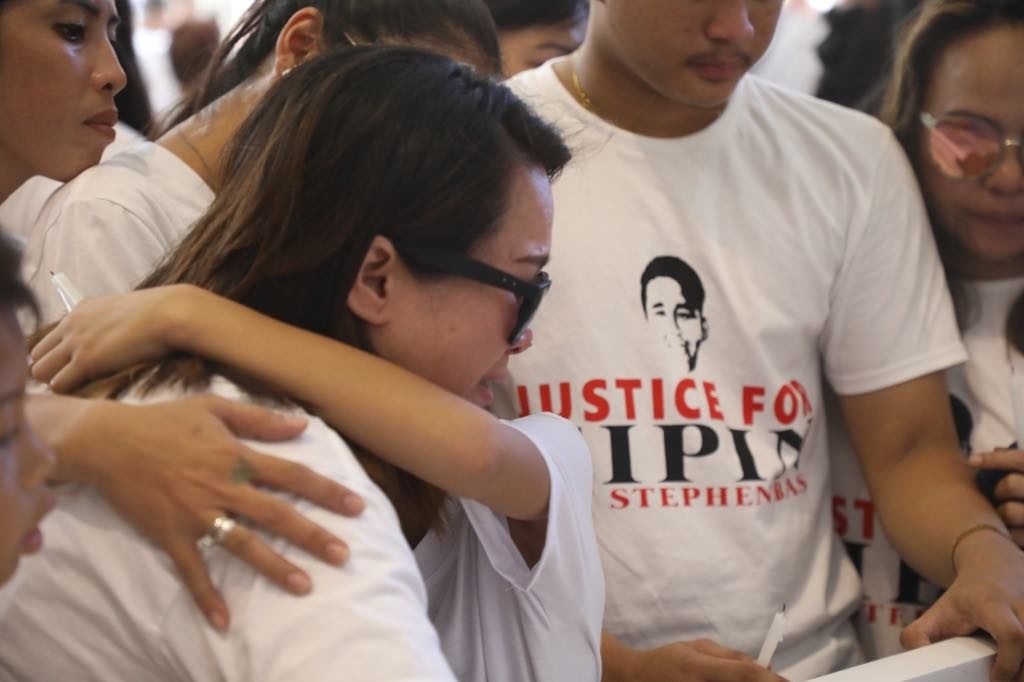 The family, friends, classmates and co-workers of Lagtang Barangay Councilman Art Stephen Bas bid a final farewell to him as he was laid to rest at the Cansojong public cemetery in Talisay City at 5 pm yesterday.

Hundreds more including Talisay City Mayor Eduardo Gullas paid their respects to the Bas family who reiterated their call to law enforcement agencies to arrest the perpetrators and mastermind behind the July 20 murder.

The 23-year-old councilman, grandson of Talisay City Councilor Arturo Bas, was shot down inside his vehicle by an unidentified back rider of a motorcycle rider during traffic along the South Coastal Road in Talisay City at past 8 am.

Police had yet to determine the motive behind the young Bas’s murder since the councilman had no known enemies.

Supt. Marlu Conag, Talisay City police chief, said they are looking into reports that the murder was a case of “mistaken identity.”

He posted bail after his arrest at his home during a raid which yielded weapons last April 15.

He was supposed to graduate with a Mechanical Engineering degree at the Cebu Institute of Technology University this coming October.

During the Requeim Mass for Bas at San Isidro Parish in Talisay City, Fr. Honesto Geronimo described Bas as a peacemaker and a man of generosit who shared part of his salary to people in need.

Fr. Geronimo said Bas also wanted to build a public library so the Talisay City youth can read more and educate themselves.

“Tipin (Bas) is dead but let us not allow him to die in vain, similarly even in his death now let him influence us, let us continue to give what he showed us when he was with us. He was a selfless person,” Fr. Geronimo said.

Dr. Miraflor Bucao Bas, the councilman’s aunt, described the councilman as a good nephew who was always looked up to by his brothers and cousins.

Mayor Gullas who attended the Requeim Mass said he reminded Conag to speed up their investigation into the case so justice will be served for the Bas family.

He said he will decide whether or not to give reward money to those with information leading to the arrest of the perpetrators.