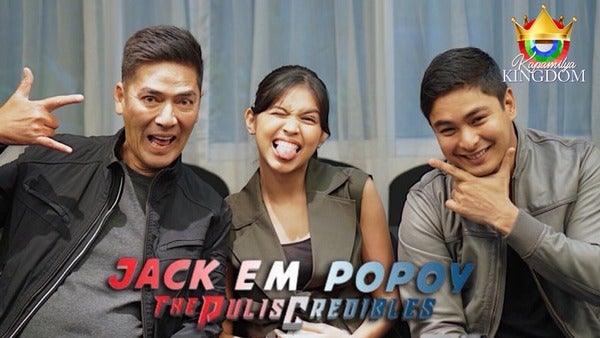 A story conference was held at Novotel Manila Araneta Center in Quezon City last Saturday as confirmed by Mendoza’s manager Rams David in an Instagram post.

This is the first time the three stars are working together in one MMFF entry.

In 2015, Mendoza was part of “My Bebe Love: #KiligPaMore” with Sotto, Ai-Ai delas Alas, and her AlDub partner, Alden Richards.

A video clip of the story con was shared by Coco Martin PH’s Facebook page.

The Kapamilya actor explained they are not doing this for their own fulfillment but to make the public happy on Christmas Day.

Young host Ryzza Mae Dizon, who is part of the film uploaded a photo on her Instagram account, with the complete cast of “Jack Em Popoy: The PulisCredibles.”

His leading men will be Richard Gutierrez and Dingdong Dantes.

The movie earned more than P500 million and is considered the festival’s highest-grossing film.

The other MMFF 2018 entries which were earlier announced by the selection committee are Yam Laranas’ “Aurora” starring Anne Curtis and “Girl in the Orange Dress” headlined by Jericho Rosales and Jessy Mendiola.

The last four entries will be announced sometime in September.