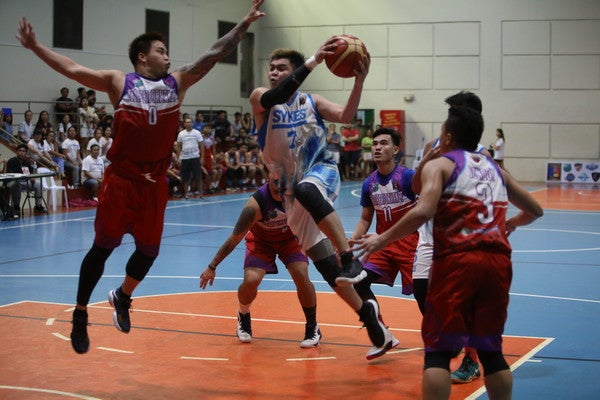 THE TELEPERFORMANCE All-Stars put a stop to the Sykes Pioneers’ unbeaten run as they beat the latter, 73-61, in the Elite Classic division of the Tanduay Athletics E-Leagues for Basketball held over the weekend at the City Sports Club-Cebu basketball court.

Sykes was actually ahead, 47-43, at the end of three periods but Teleperformance completely dominated the fourth, outscoring the Pioneers, 30-14, to get the win. The two teams are now tied with identical 3-1 win-loss records.

Mon Dico led the way for the All-Stars with a double-double of 18 points and 10 rebounds while Germaine Guarisma added 10 markers and three assists.

The loss spoiled the stellar performance of Janjan Auditor, who had 28 points and six assists.

In the other Elite Classic game, the reigning champions Convergys Converter outlasted the Fusion BPO Services, 75-71. Four players scored in double figures for Convergys, which has now won two in a row after losing their opener. Jay-R Bulangis had 13 points, four rebounds, six assists and three steals to lead the team’s balanced offense.

In the Evo League, the Tech Mahindra Mighties nabbed the lead in the standings with a 67-45 thrashing of the debuting CTC-BPO.

Robert Rebano scored 14 points to pace the winning side and help them get their third win in four games.

Meanwhile, the Author Solutions Philippines, Inc. Hardbacks won their second in a row with a 74-45 rout of Streamline.

Read Next
Reed back to defend Ironman 70.3 crown