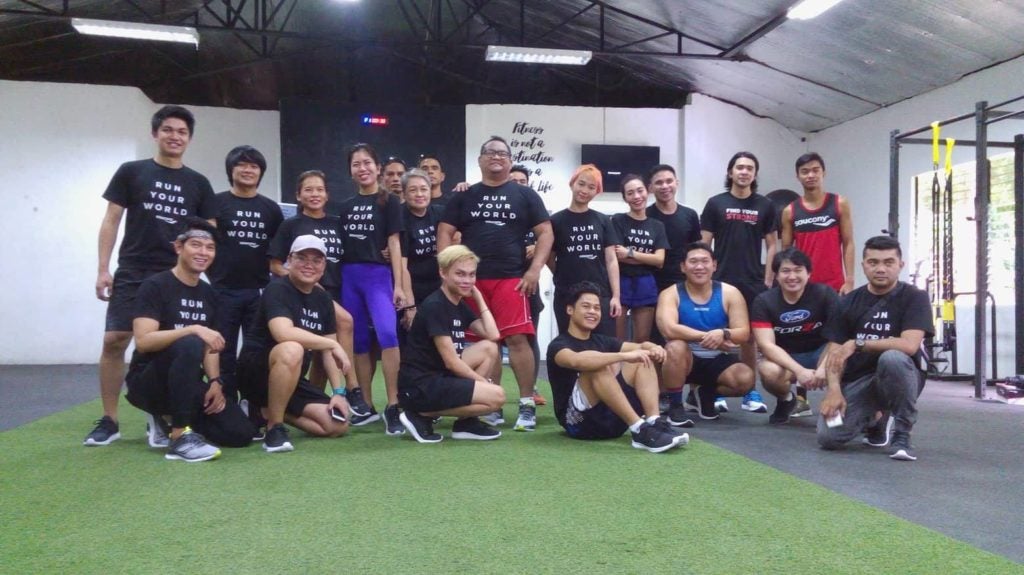 Participants of the Saucony Fitness Tour pose for a group picture after a launching held at the Fit Camp Cebu on Thursday morning.

Cebu’s fitness enthusiasts took part in the first Saucony Fitness Tour at the FitCamp PH inside the premises of Camp Lapu-Lapu in Barangay Apas, Cebu City on Thursday.

The one-day camp that involved circuit training was held for the first time in Cebu after a successful debut in Manila three months ago.

“We have brought fitness camp here because there are a lot of Cebuanos who are into fitness. We are hoping that this will not be the last time. We look forward to return to Cebu,” Janella Landayan, marketing associate of Saucony, told reporters.

After Cebu, the team for the Saucony Fitness Tour will visit Davao next. The organizers aim to make it a nationwide tour.

Aside from bringing the fitness tour in Cebu, the Saucony Team is also here for the Regent Aguila Ironman 70.3 Asia-Pacific Championships expo at the Shangri-La’s Mactan Resort and Spa in Lapu-Lapu City.

Saucony will also have athletes who will be competing in the half-Ironman race on Sunday.

One of the athletes supported by Saucony is Cebuana actress Kim Chiu, who will be joining the relay division. Chiu will be doing the run segment for Team De Rosa.

“We are also supporting Team Forza and Team Herbalife, among others,” added Landayan.

Read Next
Agriculture sector to get P20 billion yearly if …