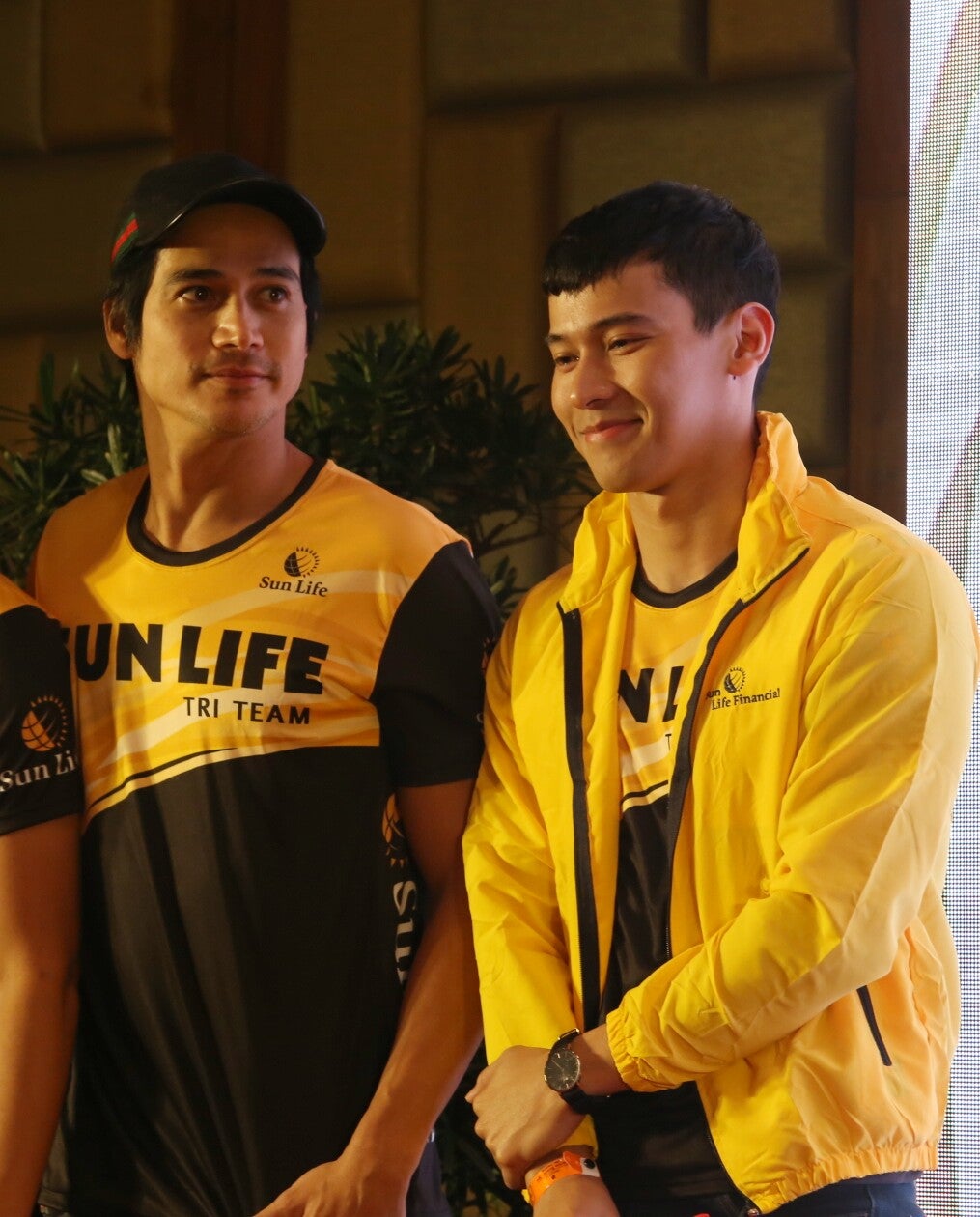 The two stars together with Toniel Ty will be in one team.

They comprise one of the four teams under the Sun Life Financial Philippines Triathlon Team.

They were introduced during a press conference held last Friday at the Shangri-La’s Mactan Resort and Spa.

Dee will do the 1.9-kilometer swim while Pascual will bike the 90-kilometer route. Ty will end the race with a 21-kilometer run.

This is the fifth time Sun Life Financial Philippines Triathlon Team is participating in the Ironman race.

At the press conference, both celebrity endorsers were asked how they keep themselves fit.

“Kasi isa sa mga motivations ko is to really move more than what I eat and I eat a lot, as in,” he said.

Dee started swimming at the age of six but he considered it as a recreational activity only.

“I fell in love with the sport a year after. Pag tinatanong ako ng mga tao ano ba ang secret in finding a sport, look for the one where you really fall in love with,” he said.

Before joining showbiz, Dee already made a name for himself in sports when he became a part of the Philippine swimming team.

He made the country proud when he competed in the Asian Games held in Doha, Qata in 2006 and Southeast Asian Games at Nakhon Ratchasima, Thailand in 2007.

“I feel better, I get healthier, and I inspire people with that sport,” he said.

At present, Dee is part of ABS-CBN’s “The Blood Sisters” headlined by Erich Gonzales.

When asked how did me manage his time for the Ironman race and his showbiz career, he said, “I made my swimming practices my priority and everything adjusted around. I went to Ultra, Greenhills just to train. I adjusted my schedule for work and rehearsals,” he said.

“I started taking care of myself when I joined show business,” Pascual said.

He said he considers getting fit as part of a lifestyle.

”It’s not just about wanting to be fit or wanting to be well. It should be part of your daily routine,” the 41-year-old actor said.

Pascual is one of the lead stars in ABS-CBN’s ”Since I Found You” together with Arci Muñoz, Empoy Marquez, and Alessandra de Rossi.

Despite his hectic schedule, Pascual makes time for his fitness routine.

”It is not really a big deal to wake up earlier for work out. If you make it part of your lifestyle, it’s easy even if you have work. It makes life more balanced I guess,” he added.

In a short speech, Pascual thanked his Cebuano fans who continue to support him in every Ironman race.

He also challenged his 20-year-old son Iñigo, who was present at the press conference as one of the celebrity endorsers.

”Hopefully, next year he could join us. Kaya? Kaya?” Pascual asked his son.

To which the young actor replied: ”Maybe next year, when I’m 21.”

Aside from the three actors, actress Bubbles Paraiso was also present during the press conference as one of the celebrity endorsers.