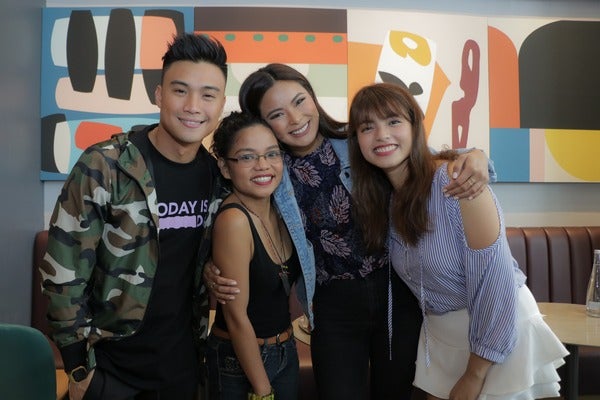 THE DRAMEDY (drama-comedy) “Pinay Beauty,” one of the entries to this year’s Pista ng Pelikulang Pilipino (PPP), aims to show viewers how to be comfortable in their own skin.

But the stars of the film acknowledge that doing so is a personal process that they themselves had to go through.

Lead star Chai Fonacier admitted that when she was in high school, she was insecure of her brown skin color and wanted to change it.

“When I was younger, ma-insecure ko kay I can see the difference sa treatment sa among classmates. Na’ay experience na ma pressure ka,” she said at the press conference prior to their mall tour in Cebu last Sunday, August 12.

She narrated that one time, she snuck a bottle of whitening lotion from her aunt.

It was her mother and sister who told her that what she did was wrong. First, because it was stealing. And second, because her she already has a nice skin color.

Fonacier said she can relate to her character Annie, who wants to change the way she looks in order to fulfil her dream of becoming Snow White and joining the parade in Hong Kong Disneyland.

Binibining Pilipinas 2016 Maxine Medina who plays Lovely G, daughter of an action star, said she also went through a phase where her brown skin color made her insecure.

“I even talked to God. Bakit ganito ang kulay ko? I mean, gusto kong maging maputi like them,” said Medina, who is the cousin of actress-host Dianne Medina and niece of Binibining Pilipinas-Universe 1990 Germelina Padilla.

But when she joined the modeling world, she started to appreciate her skin color. 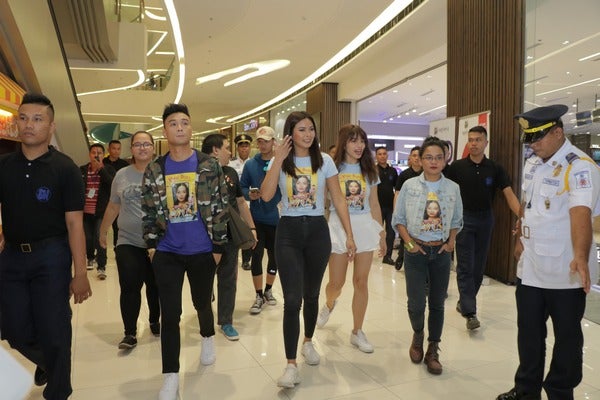 All these experiences helped Medina boost her self confidence, especially when she joined Binibining Pilipinas in 2016, her first pageant, where she won no less than the most coveted title, Miss Philippines-Universe.

After her stint in the Miss Universe 2016 pageant where she was part of the top 6, she was encouraged to try acting and take acting workshops.

Edgar Allan Guzman, who plays Fonacier’s loving and martyr boyfriend, Migs said that everyone can relate to the movie.

Guzman said that men can relate to his character in terms of dealing with relationships.

Guzman’s character Migs gets into trouble when he helps Annie fulfill her dream of being transformed and borrows P180,000 from a loan shark.