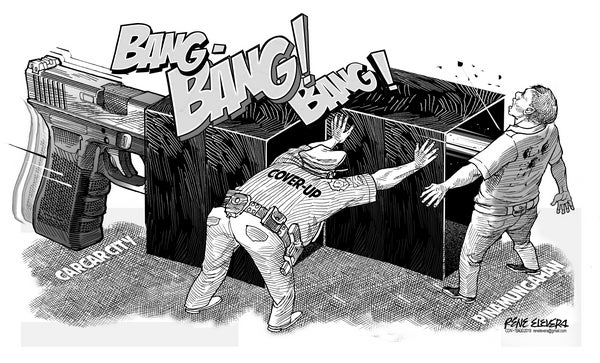 Conspiracy theorists call it the “single bullet” or “magic bullet” theory because it served as one of many foundations for the Warren Commission’s report on the assassination of US president John F. Kennedy.

This theory advanced by Warren Commission staffer and eventual US Sen. Arlen Specter posited that a single bullet fired by identified assassin Lee Harvey Oswald from the sixth floor of the building somehow managed to cause several bullet wounds on Kennedy and Texas governor John Connally.

While this theory was later buttressed several decades later by research and forensic examination, back in the day it had been mostly questioned by critics and yes, conspiracy theorists.

That’s because except for a few dents, the bullet in question remained mostly intact despite passing through the bodies and causing tissue damage and bone cracks on its two prominent victims.

This theory came to mind courtesy of Cebu City Mayor Tomas Osmeña’s Facebook post in which he posited his own, if somewhat tongue-in-cheek “magic bullet theory” on the death of SPO1 Roderick Balili.

The mayor told his followers that “in the process of conducting a legitimate surveillance operation, (SPO1 Roderick) Balili accidentally shot himself twice in the chest with (Philippine Drug Enforcement Agency) Agent (Von Rian) Tecson’s gun after the bullets traveled all the way from Carcar City to Pinamungahan.”

The mayor previously claimed that Balili was one of those that ambushed Tecson who managed to fight back before being felled by still unidentified assailants in Carcar City.

This was denied by Chief Supt. Debold Sinas, Police Regional Office chief, who said Balili died after he accidentally shot himself twice in the chest while on a surveillance operation in Pinamungahan town in southwest Cebu, about 30 km away from Carcar City.

That Balili’s accidental shooting and Tecson’s ambush occurred almost at the same time and on the same day was dismissed by Sinas.

But anyone who would bother to check his official explanation would scratch their heads at how a trained police officer can accidentally shoot himself twice on the chest.

If Sinas somehow manages to produce forensic evidence to prove beyond reasonable doubt that Balili was an unfortunate victim who died by his own hand it would refute allegations of police involvement in the ambushes of local officials and law enforcement officers.

As it now stands, Sinas’ explanation on Balili’s death cannot stand the harsh light of public scrutiny which we hope will stoke public vigilance on the government’s war on drugs.