The 25-year-old beauty queen, a Cebuana of Indian descent, will represent Cebu City in the pageant.

Murjani was one of the ladies who were introduced at the screening of the Miss World Philippines held at House Manila in Resorts World Manila on Wednesday, Aug. 15, 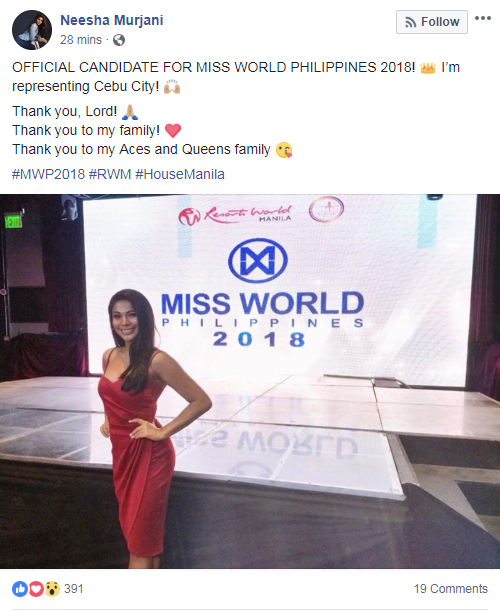 The Miss World Philippines coronation night will be on October 7 at the Mall of Asia Arena in Pasay City, Manila.

Read Next
Settlement eyed in wake of resort takeover attempt