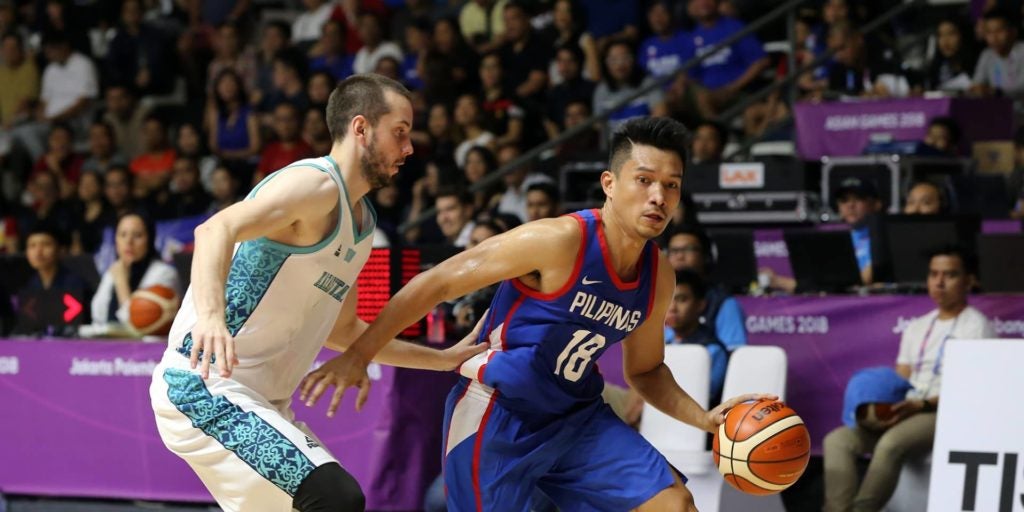 James Yap of the Philippines tries to get past a Kazakhstan defender. / Inquirer.net

The Philippines opened up its campaign in the group stages with a dominant 96-59 beating of Kazakhstan in the 2018 Asian Games Thursday at GBK Basketball Hall in Jakarta.

The Filipinos will next face China in Group D and will need to finish in the top two of the pool to advance to quarterfinals.

Stanley Pringle put up a game-high 18 points, on 6-of-9 shooting, to lead the Filipinos who played without Jordan Clarkson who only arrived in Jakarta on the day of the game.

After a 16-9 first quarter, the Filipinos upped the ante in the second quarter and outscored the Kazakhs 25-11 to take a 41-20 lead heading into the half.

Christian Standhardinger had 15 points for the Philippines while James Yap had 12 points and six rebounds.