Not all Boracay establishments can reopen in October — DILG 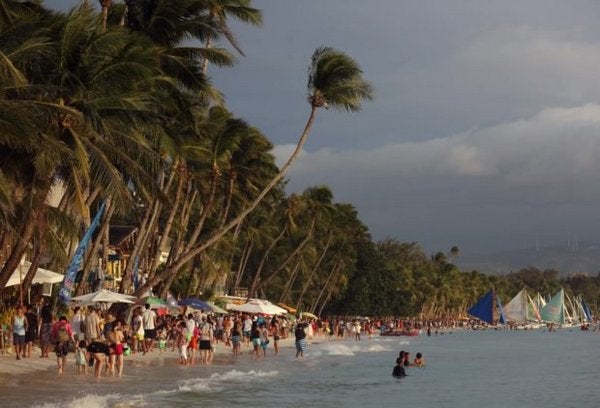 Tourists enjoy the water of Boracay Island before it was closed in April. /Inquirer file photo

ONLY 30 percent of establishments in Boracay can reopen on its target relaunch of October 26, an official of the Department of the Interior and Local Government (DILG) said on Monday.

In a Senate hearing, Interior Secretary Epimaco Densing III said they target around 30 percent of establishments in the island to be connected to the sewer system and have its own sewage treatment plants (STP) by October.

“Hopefully ‘yung 30 percent nakakabit lahat sa sewer line at may sariling STP (Hopefully, the 30 percent will be connected to the sewer line and have its own STP),” he said.

However, Senator Cynthia Villar, chairperson of the Senate Committee on Environment and Natural Resources, opposed this target, saying the tourist spot in Palawan cannot reopen with only a few functional establishments.

“Kung ako presidente, magre-resign na ko. Ang kahihiyan ko sa tao, anim na buwan ko isinara tapos after six months eh ilan ang magko-comply?” she said.
(If I were president, I will resign. I will be embarrassed before the people. I closed it for six months, but how many will comply?)

“We cannot open Boracay na ganito (like this),” Villar said.

The senator also advised that government officials tasked to rehabilitate Boracay should help local businesses to comply with policies for it to be allowed to reopen.

“It’s the responsibilty of the government to make them understand what we want them to do,” Villar said.

TAGS: Boracay, Can, DILG, establishments, Not all, October, reopen