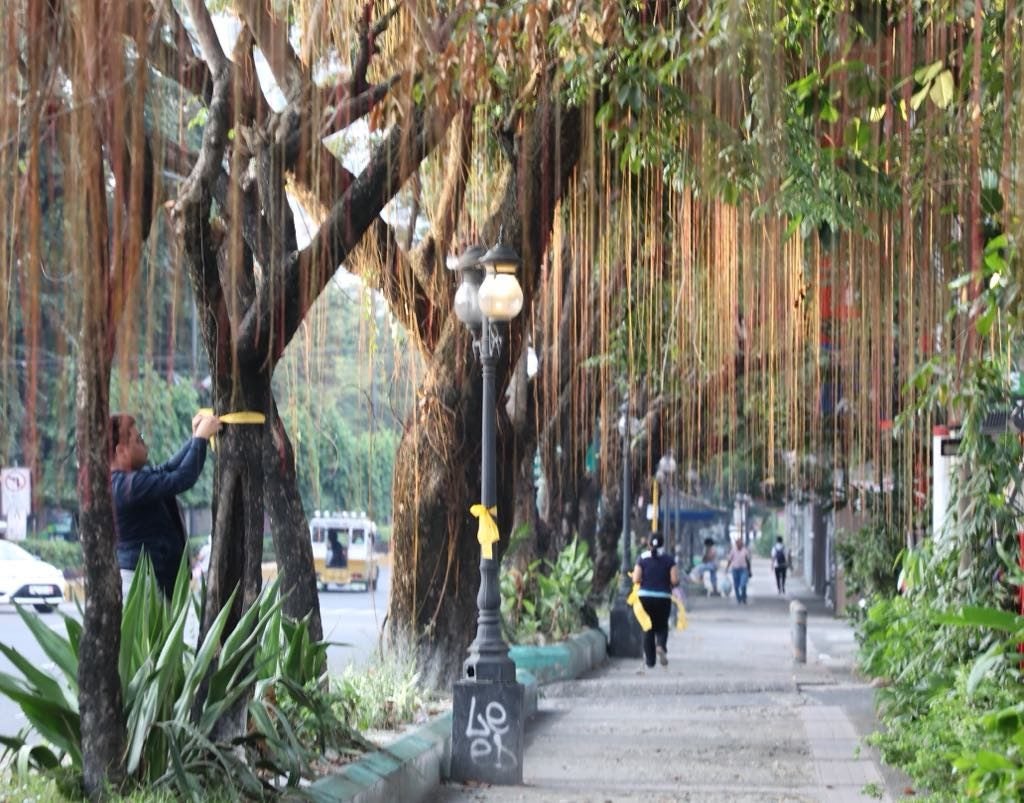 Members of militant groups in Cebu tied yellow ribbons on trees and electric posts in uptown Cebu City on Tuesday to remind Cebuanos especially the young ones of the need to remember the heroism of those who died for the country including the late senator Benigno Simeon “Ninoy” Aquino Jr.

Aquino was assassinated shortly after he arrived at the Manila International Airport in 1983 from his self-imposed exile in the United States.

Ben Alpuerto, a retired businessman, said that not so many Filipinos especially the young ones remember the sacrifices that Aquino made for the country.

Alpuerto, 51, said that the youth of today are preoccupied with social media use and their gigs that they barely care about what is happening to the country now.

He is asking the young ones to get involve and never forget the “bitter memories” of the past.

Wanting to raise awareness on the importance of the Ninoy Aquino Day, members of militant group Akbayan Youth tied yellow ribbons in a stretch of Osmeña Boulevard in Cebu City, from the Cebu Provincial Capitol to the Fuente Osmeña Circle.

Bon Luzon of Akbayan Youth is hopeful that their activity would help revive the sense of nationalism among the youth.

Read Next
Cebuano Muslims call for end to killings