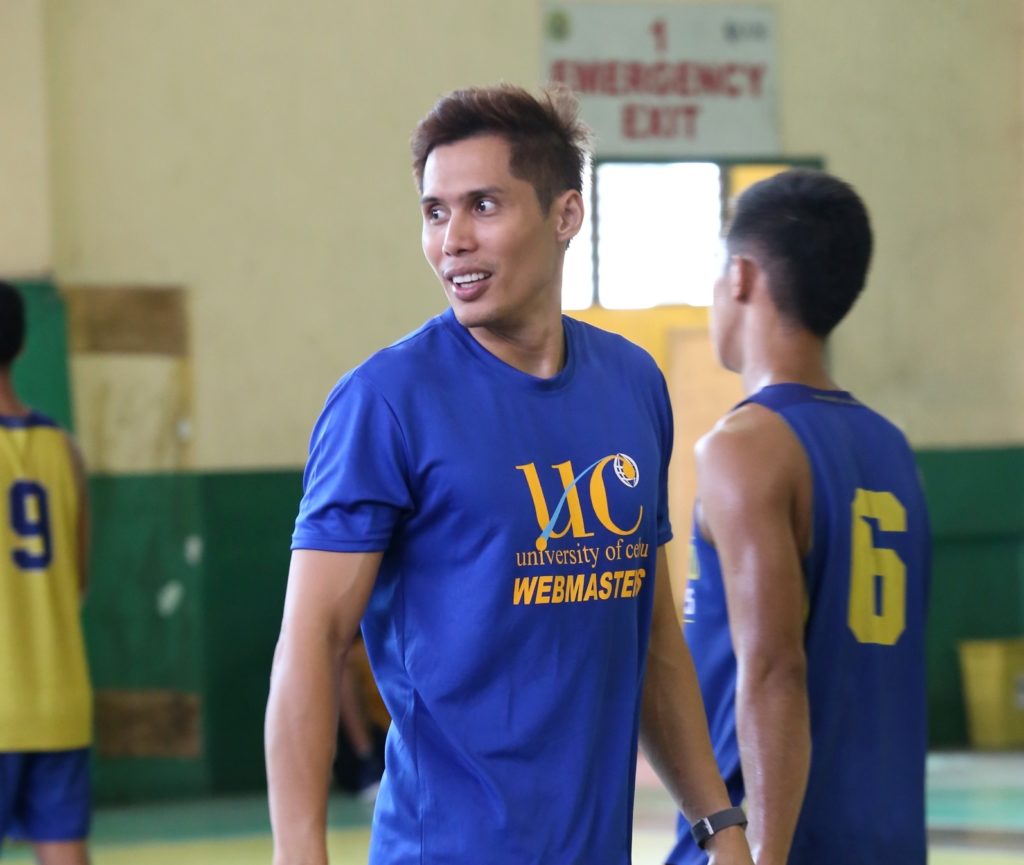 Hontiveros helps out during one of the practice sessions of the Webmasters./Junjie mendoza

CEBUANO basketball legend Dondon Hontiveros will be making a return to his collegiate basketball roots as he takes on the role of team consultant for the University of Cebu (UC) Webmasters in the upcoming Cesafi season, which tips off this Saturday at the Cebu Coliseum.

Before making his reputation as one of the most feared shooters in the pros, Hontiveros was once the star for UC in the CAAA, the precursor of the Cesafi. Now, he gets to give back to his alma mater after UC head coach Yayoy Alcoseba offered him the aforementioned position.

“It’s really helping the players get better every single day. I work with the coaches on what drills to run and make them understand why we do that. I also share my experiences with the players on how to prepare for games and how to respond to certain things. I get to spend more time here so I know if these players have improved or maybe I need to push them more,” said the 41-year-old two-guard, who is coming off a stint with the Alab Pilipinas in the ASEAN Basketball League.

Hontiveros, who last played in the PBA for the Alaska Aces, explained that more than the skills training, he is more invested in building relationships with the players, especially with those who are eager to learn.

“I’m just looking forward to helping them get better on and off the court,” he said.

With his son playing for UC’s high school team, Hontiveros said he is excited to be more involved with the school, albeit admitting that he is still getting used to operating at this level.

“College basketball is different. But to be involved in helping a team at this level is something I look forward to. I will try to make the most of it and hopefully we make the school proud,” shared Hontiveros.