Pasil resident nabbed with P30K worth of suspected shabu 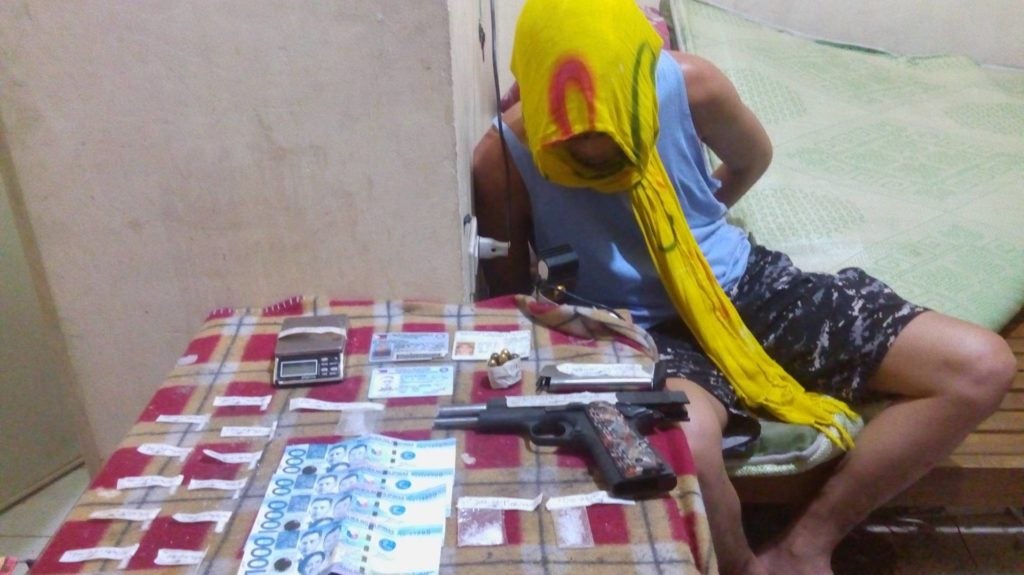 An estimated P30,000 worth of suspected shabu was confiscated in a Saturday anti-illegal drug operation of in Sitio Lawis, Barangay Pasil in Cebu City.

Insp. Lilibeth Archie, acting Parian Police Precinct chief, said that they arrested Dick Sy of legal age and a Sitio Lawis resident, who was caught with the illegal drugs during a buy-bust operation in a four-storey rented house in Barangay Pasil.

Archie said that they also confiscated a .45 caliber pistol from Sy, who tried to escape during the operation as he run to the fourth floor of the rented house where he was cornered and arrested.

She said that they also confiscated two medium packs of suspected shabu from the suspect as well as the handgun.

The suspect was detained at the Parian Police Precinct pending the filing of charges.