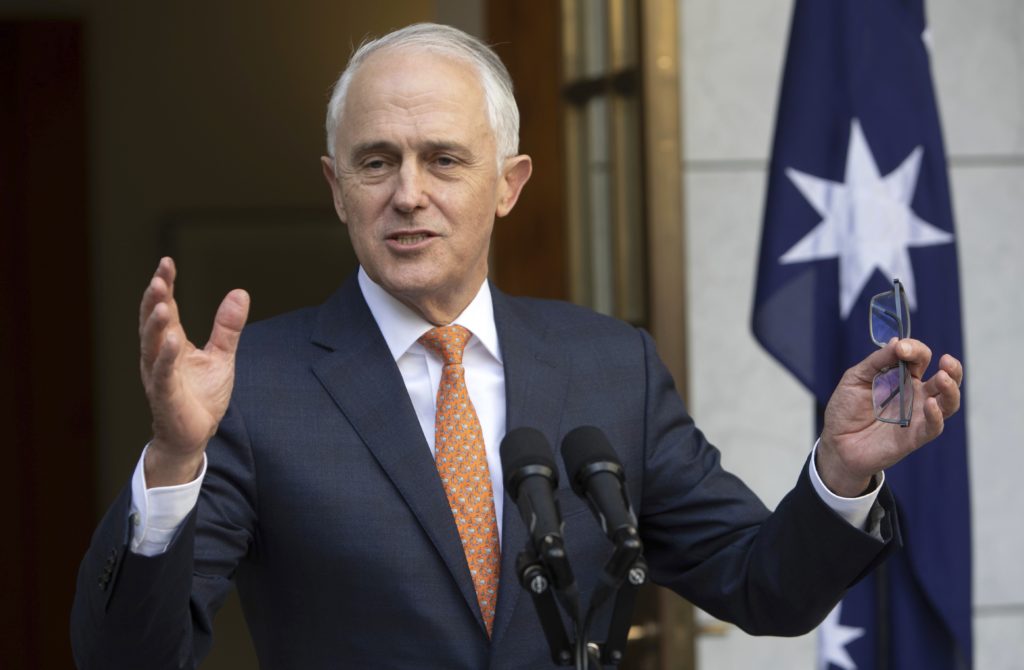 Disgruntled lawmakers in Turnbull’s conservative Liberal Party replaced him as prime minister with his treasurer, Scott Morrison, in a party ballot last Friday. The government has trailed the center-left opposition Labor Party in most opinion polls since the last election in 2016.

Turnbull became the fourth prime minister ousted by his or her own party since 2010. He warned that he would quit Parliament and cause a by-election that could cost the government its single-seat majority.

The by-election in Turnbull’s wealthy Sydney electorate could be held as early as Oct. 6. House of Representatives Speaker Tony Smith said in a statement he was considering possible election dates.