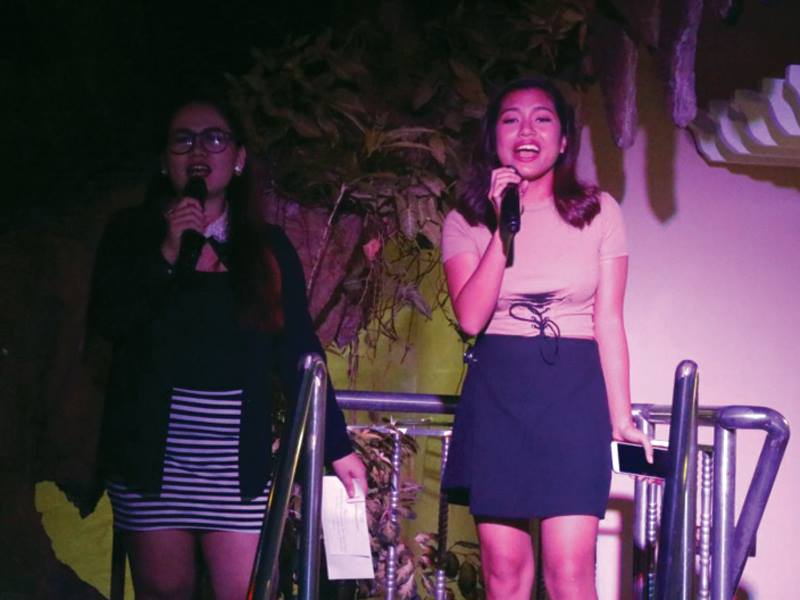 Roselyn competed against five other Cebuanas in “KanTagay” where they capped off history month with their own charming renditions of the theme song of Palm Grass’ first heritage film “Kinasing,” which was not just a love story, but also highlighted important historical anecdotes.

The song “Kinasing” is the first Bisaya song dedicated to puso makers, who are the unsung heroes of our daily lives.

Roselyn dedicates the song to her boyfriend, whom she strived to find after three years of solitude. “Pag-abot niya kay morag lukay nga morag nag-weave sa akong life (His arrival was like the palm leaves that weaved my life together),” said Cebuco.

Apart from the Kinasing singing contest, “KanTagay” also did a classic videoke contest as a late celebration for National Heroes Day. Roem Bas, who won the category, was also inspired by the spirit of love that night.

“Gikanta to nako siya kay mao toy theme song sa akong ginikanan (I sang that song because it was my parents’ theme song),” said Bas about Dan Byrd’s Boulevard, which was the song that melted the hearts of judges Joannah Sy and Heritage Productions/Original Bisaya Music (OBM) singer-songwriter Jeff Escarda.

As Cebu’s only heritage hotel, Palm Grass strives to keep the unique Cebuano culture alive. Apart from karaoke and “tagay,” one thing that will always be present in Cebuanos’ lives is love.

Hardin Dagami will be celebrating its second anniversary this September 22.