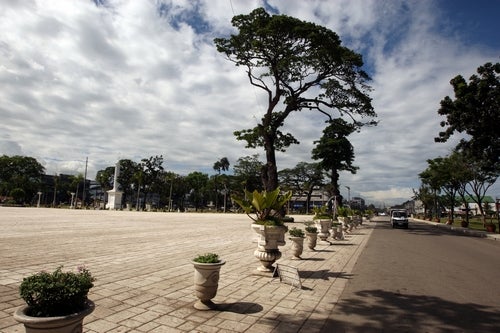 BOPK will hold a Thanksgiving Mass at 3 p.m. at the Plaza Sugbo to be celebrated by Cebu Archbishop Jose Palma after a short program with Mayor Tomas Osmeña.

“I cannot give a specific number of attendees but we are expecting quite a number of people to attend because it is a thanksgiving to Sr. Sto. Niño and Our Lady of Guadalupe,” said Malou Inocado Tabar, City Hall public information officer.

On the other hand, Barug Team Rama will also hold a Solidarity Mass to support the President’s war on drugs and to support and encourage the policemen in their anti-crime programs.

Councilor Joel Garganera said that there would less speeches during the event as it is more of a gathering to show solidarity to the police.

The BOPK affair will be simple, without too many speeches and extravagance, said Councilor Margot Osmeña.

The City Traffic Operations Management will close roads surrounding city hall on September 9 for the event.

On the other hand, the Barug Team Rama activities will start with a Solidarity Mass at 2 p.m. at the Plaza Independencia followed by a program and a concert of Bisaya artists, which will be open to the public and will run until 8 p.m.

Garcia said that they did not intend their event to compete with the BOPK’s thanksgiving.
`“Sunday is a perfect day to celebrate. There is less traffic and it’s a day for church,” Garganera said.

Councilor Osmeña said she is not bothered by the fact that the events are taking place on the same day.
“Why should I be bothered? We need to choose the things that will bother us,” said Margot.