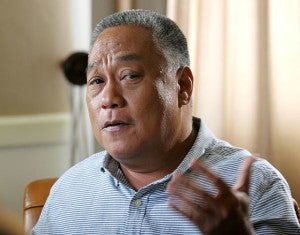 “I’ve already instructed our PDRRMO head to find out which provinces in northern Luzon were badly hit by the typhoon and then we will commit to give financial assistance lang nga P1 million [each],” Davide told reporters on Monday, September 17.

But Davide said the province can only afford to give the cash assistance, which will be sourced from the province’s quick response fund, to about 4 or 5 affected provinces.

Ompong tracked the Cagayan-Batanes areas as it stayed in the Philippine area of responsibility (PAR) from Wednesday afternoon until Saturday evening.

It left at least 59 dead in the Cordillera Administrative Region (CAR), Cagayan Valley, Ilocos Region, Central Luzon and Metro Manila as of Sunday, September 16 as reported by national media.

As of Sunday, four provinces and a town in Luzon have already declared a State of Calamity in their area due to the damages brought by the typhoon. These are Cagayan, Abra, Benguet, Isabela, and the Municipality of Mayoyao in Ifugao.

Davide said that they preferred to give financial assistance instead of sending relief goods because it would take time to procure and deliver the items.

In 2017, the provincial government also sent a P1-million financial assistance to Surigao City after the latter declared a state of calamity due to the damages brought by the magnitude 6.7 earthquake.