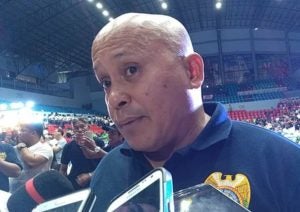 Director General of the Bureau of Corrections (BuCor) Ronald “Bato” dela Rosa said that the passage of the imposition of the death penalty will be his first agenda if he will be elected as senator in the 2019 midterm elections.

He visited Cebu on Sunday (September 30) as the guest speaker of the celebration of the second anniversary of the Anti Crime and Community Emergency Response Team at Hoopsdome in Lapu-Lapu City.

Read Next
Nohara to landslide evacuees: Have faith in God