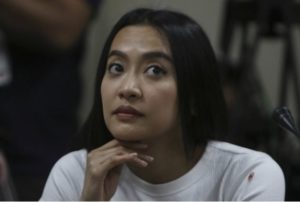 The source said Duterte told Special Assistant to the President Chrtistopher “Bong” Go to call Uson and tell her she was fired.

Uson announced her resignation in a Senate hearing on October 3.

INQUIRER.net has reached out to Uson and is waiting for her reaction.