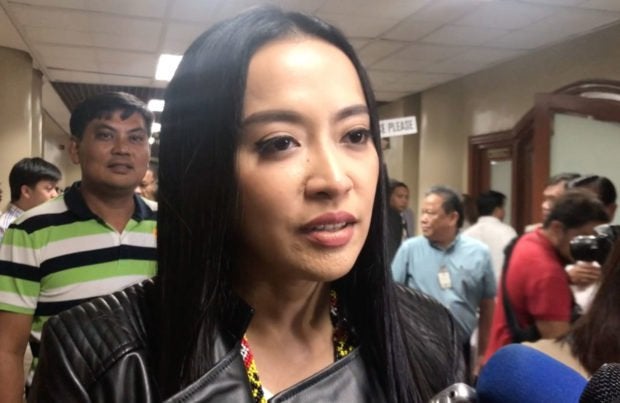 Resigned Assistant Communications Secretary Mocha Uson fumed on Monday over what she described as “fake news” about her supposed dismissal from her post.

Uson vehemently denied an INQUIRER.net report that she was allegedly fired by President Rodrigo Duterte.

(If you stand by your source, name them because this is defamation. This is really defamation.)

(I’ve been trying to hold it back but that [expletive] defamation, don’t do that. I’ll fight back.)

Contrary to the report, Uson insisted that she had resigned from her post.

She even noted the statement of Special Assistant to the President Christopher “Bong” Go about her resignation as well as Malacañang’s statement that the President had already accepted her decision.

(Then Inquirer suddenly broke this news that according to their source, I was fired by President Duterte.)

(I have proof that it’s not true, so let’s be careful about what we are reporting because that’s infuriating…)

(There’s a lot of proof. It’s there. It was a resignation. Sir Bong and I talked. In fact, Sir Bong is very angry because they released this fake news that has no inkling of truth.)

Uson also used the issue as the reason to announce her intention to run for office in the 2019 elections.