MMF completes line up of entries for 2018

THE “Magic 8” of the Metro Manila Film Festival (MMFF) 2018 is now complete after the final four entries were revealed last Oct. 9 at the Club Filipino in Greenhills.

One of the films included in the “Magic 8” is Joel Lamangan’s “Rainbow’s Sunset,” under Heaven’s Best Entertainment.

During a Facebook live on MMFF’s Facebook page on Tuesday, Lamangan said the story is about an 84-year-old father who came out as gay.

Dizon for her part said the story is “timely” and that members of the Lesbian, Gay, Bisexual, and Transgender (LGBT) community will be happy with it. 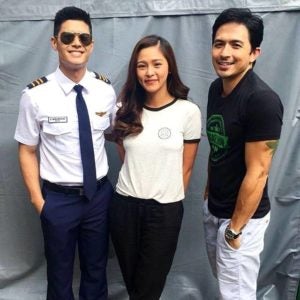 “Kakaiba ito. We gave so much love (project),” the Kapuso actress said.

Also part of the MMFF is director Eric Quizon’s “One Great Love” under Regal Films.

“I told you @chinita princess that the horse is victorious this month,” he said.

This is the first time for Chiu and Trillo to work in the same movie.

Another entry is RC Delos Reyes’ “Mary, Marry Me” under Ten 17 Productions.

The movie stars Toni Gonzaga-Soriano, Alex Gonzaga, and Sam Milby. Gonzaga announced on her Instagram story that their film made it to this year’s MMFF.

For the first time, the Gonzaga sisters are working together in one film.

“Mary, Marry Me” is also the reunion film of Gonzaga-Soriano and Milby after “Ang Tanging Pamilya: A Marry Go Round” in 2009.

The last entry completing the “Magic 8” is Joven Tan’s “Otlum” under Horseshoe Studio. 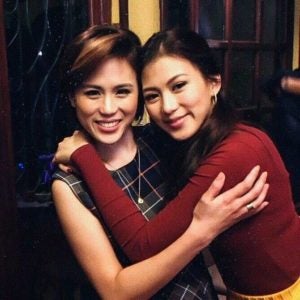 Sisters Toni and Alex Gonzaga star in “Mary, Marry Me,” their first film together.

“Otlum” is a comedy-thriller headlined by Ricci Rivero and Jerome Ponce.

This is the debut film of Rivero, a basketball star from UP Fighting Maroons.

Last June, the first four entries of MMFF 2018 were announced: “Aurora,” “Girl in the Orange Dress,” “Fantastica: The Princesses, The Prince and the Perya,” and “Jack Em Popoy ‘DaPulisCredibles.”

MMFF is a film festival is held every Christmas season.

According to MMFF’s page, the film festival aims to “give recognition to the role of the film industry providing artistic depictions of both this country’s stories and history.”