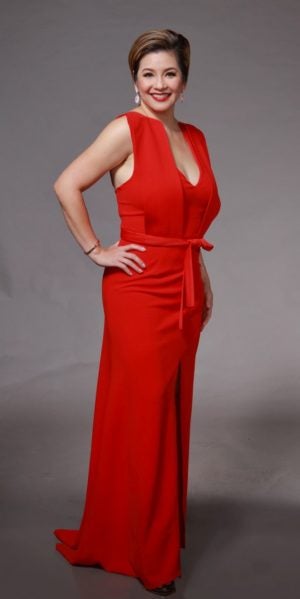 “After two decades, Regine Velasquez-Alcasid has officially said her goodbyes to the Kapuso Network. We understand her decision to join her
husband and we wish her well as she pursues other opportunities outside GMA Network,” the official statement reads which was uploaded on GMA Network’s site.

In 2017, Ogie Alcasid inked a contract with ABS-CBN.

Velasquez-Alcasid’s last project with Kapuso Network was “The Clash” of which she was the host.

In her last episode for the show “Sarap Diva” yesterday, which also celebrated its 6th anniversary, Velasquez-Alcasid tearfully thanked all the directors, staff and crew who have been with her for the past six years.

Other shows she had in GMA include “Full House Tonight,” “SOP,” “Pinoy Pop Superstar,” and “Are you the Next Big Star?”

Last Friday, ASAP Official on its Instagram announced that Vwelasquez-Alcasid is joining her husband and ASAP mainstay Ogie Alcasid for the “ASAP Live in Sydney.”

“This marks the first time that the best-selling OPM artist of all time will be part of an ASAP live event overseas,” the statement reads.

This will be her first guesting in ABS-CBN after leaving GMA.

The 47-year-old singer also announced on her Instagram account that she will be performing in “ASAP Live in Sidney.”

“See you guys in Sidney,” she said.

Among those who got excited over the announcement were singers KZ Tandingan and Angeline Quinto.