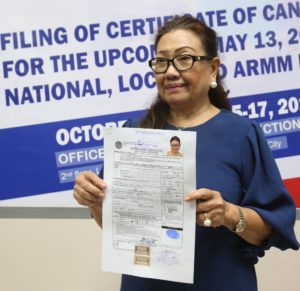 Formalizing the switch
Vice Gov. Agnes Magpale formalizes her switch in positions with Gov. Hilario Davide III in the midterm elections as she submitted her certificate of candidacy for governor on Wednesday at the Commission on Elections office.

Davide announced on Tuesday that he would slide to vice governor to strengthen their chances of winning in next elections as they would be going up against Rep. Gwendolyn Garcia, who is running for governor. 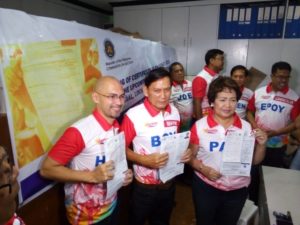 3 Radazas make Lapu-Lapu run
In Lapu-Lapu City, three Radaza will be running for different posts in the midterm elections as Mayor Paz Radaza and her Team Deretso filed their certificates of candidacy at the Commission on Election office on Wednesday.

Mayor Radaza, who is on her last term, will run for a Congress seat.

Her husband former Mayor Arturo Radaza will vie for the mayor’s post while their nephew Councilor Harry Radaza will be Arturo’s running mate. 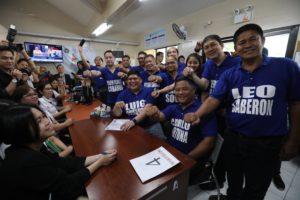 Luigi bets on ‘New Mandaue’ people
In Mandaue City, incumbent Mayor Gabriel Luis “Luigi” Quisumbing and his slate trooped to the Commission on Election office to file their certificates of candidacy.

Quisumbing and his runningmate Vice Mayor Carlo Fortuna are seeking reelection.
Quisumbing is betting on the people of the “New Mandaue” who value more the performance of the candidates than their influential family names.

Quisumbing and his group would vie for the Mandaue posts against Rep. Jonas Cortes and his running mate Provincial Board Member Glenn Bercede and their group in next year’s election./Correspondent Jessa Mae O. Sotto 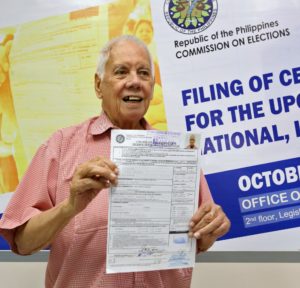 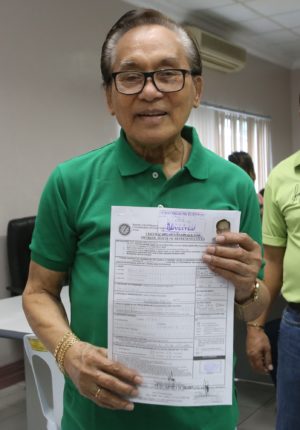 “My Grandfather ( Talisay Mayor Eduardo Gullas Sr.) told me that he is already 88 years old, he is already 88 this coming election,, then this would be his last niya nga pagdagan so he would like to end his career the way he started it way back 1969 where he started as a congressman, he would like to end his career 50 years after in 2019 as congressman as well,” Representative Gullas said. 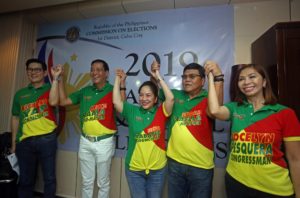