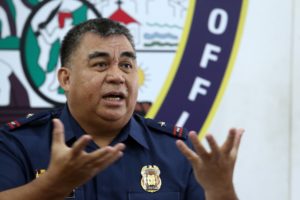 Money from the illegal drugs trade is expected to flood the region to finance the campaign of some politicians seeking government posts in next year’s elections, according to the Philippine National Police (PNP).

The director of the Police Regional Office in Central Visayas (PRO-7), Chief Supt. Debold Sinas, said that the illegal drugs supply in Central Visayas will also increase in the coming days with the 2019 midterm elections just around the corner.

Sinas based his assumptions on past experiences which show that illegal drug groups fuel election campaigns in the country.

Drug personalities, he said, will be releasing huge sums of money to finance the candidacies of politicians who can protect their illegal activities.

“We expect that because (during) elections, everybody needs funds,” said Sinas in a press conference, Wednesday.

He pointed out that drug dealers will do anything to find government officials who can serve as their protectors so that they can continue with their operations.

The police, he said, will monitor the activities of all candidates to ensure that money from narcotics’ groups will not be used to fuel campaigns.

The PNP is also coordinating with the National Intelligence Coordinating Agency (NICA) to help check airports and sea ports in Central Visayas to monitor the movement of shabu ( methamphetamine hydrochloride) supply in the region.

Sinas admitted that it will be difficult for police to determine who among the politicians will receive drug money; but with the help of other government agencies, police he said, will be able to at least minimize funding from illegal drug groups in the region.

The five-day filing of certificates of candidacy (COCs) in Central Visayas has been generally peaceful with no untoward incidents, said Sinas.

After the period of COC filing ended yesterday, police will now start checking the full list of candidates in the region to know their backgrounds.

Police will also check on areas that may have intense political rivalries.