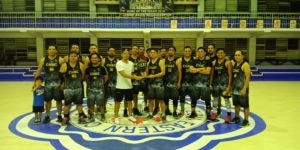 THE CINDERELLA story of MetroTiles found its fairy tale ending as they captured the championship in the Cebu Architects Basketball Club 2nd Corporate Cup with a 64-62 win over the AAC LightStrong in the championship game last Sunday at the Cebu Eastern College gym.

Prolific wingman Michael Cinco, who was later named as the Finals MVP, scored 27 points and grabbed seven rebounds to lead the fifth-seeded MetroTiles to the title.

It was a long and arduous road for MetroTiles, which had to overcome two teams that held twice-to-beat advantages in the quarterfinals and semifinals.