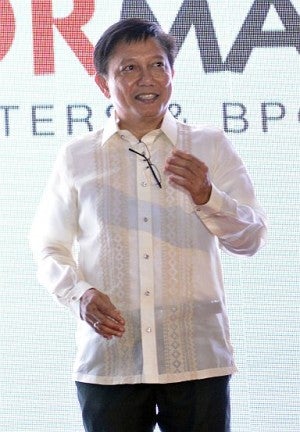 LOCAL governments in Cebu are also doing their part in promoting a culture of innovation and technology adoption in the outsourcing industry.

Private stakeholders are pointing out this need for multi-sector collaboration to help improve Cebu’s image among existing and
potential investors.

Sa-a also lauded the Cebu City Government and the Cebu Provincial Government, which won in this year’s Digital Cities Philippines (DCP) that was announced last October.

On the other hand, Cebu Province won the grand prize award for Best in eGov Business Empowerment for their Smart Utilities for Government Business Operations Program.

They also won third place for Best in eGov for Government Inter-Operability Award for their Cebu Province Health Office teams.

“These awards should enhance Cebu’s image to investors and also to Tholons since it will prove that our city government is embracing more tech solutions and hardware to be naturally competitive,” Sa-a told Cebu Daily News.

He was referring to the 2018 Tholons list of super cities wherein Cebu City ranked 11th among outsourcing destinations in the world.

This was a slight improvement from the city’s ranking in 2017 which was at 12th place.

But it’s still quite far from its 2016 ranking within the top ten at 8th place.

To recall, starting with the 2017 list, Tholons had put greater emphasis on digital innovation in its criteria for the rankings.

It was in 2012 when the National ICT Confederation of the Philippines (NICP) together with the Department of Interior and Local Government (DILG) launched the Awards for Excellence in Governance through ICT for Local Government Units or the eGov Awards. 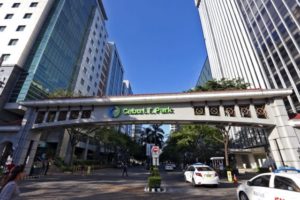 This year, the eGov Awards was rebranded into the Digital Cities Philippines with more categories.

According to Sa-a, who was present during last month’s awarding, Cebu City had been a consistent winner in the eGov Awards since 2012.

“This proves that the City has continuously innovated and updated in the use of technology to make the city deliver more efficient and effective services to make things better, faster, and in a more transparent manner,” he said.

Sa-ad added they hoped Tholons’ researchers will be able to know about these awards by Cebu City for them to take into consideration in next year’s ranking for super cities.

For their part, he said the local information technology (IT) and business process management (BPM) sectors have also been doing its part in improving the industry.

For one, more companies are investing in upskilling their workforce to handle higher-value services instead of merely taking calls.

The emergence of artificial intelligence (AI) and machine learning in the industry is also forcing these companies to make their workforce able to handle higher level work.

Based on data culled from the CIB.O, the local IT and BPM industry in Cebu now has over 160,000 direct employees.

Sa-a is also pinning their hopes of improving Cebu’s ranking in the list to more international connections and business opportunities with the opening of Mactan Cebu International Airport’s Terminal 2 last July.

At the same time, local government support is also needed.

He cited the Cebu City Government’s efforts which include a plan to open a one-stop shop for newly hired employees of the industry as well as the planned call center city at the South Road Properties (SRP).

Read Next
Gokongwei-led firm capable to carry out Kawit Is. project