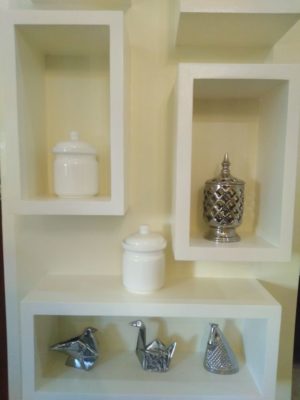 Urns of all shapes, sizes and colors for different pets are available at the St. Pets Crematorium in Labangon, Cebu City.

Sometimes people love their pets, they see their pets as equivalent to humans who deserve a dignified death.

While an estimated two million people flocked to cemeteries across Cebu province for the commemoration of All Saints’ Day and All Souls’ Day this year, some found themselves in columbaries, where the cremated remains of their loved ones were laid to rest.

But cremation or the process of burning the remains of the dead to ash is no longer just limited to humans.

As Cebu keeps pace with modernization, there is a place in Cebu City which offers cremation services solely for pets of any kind, from small birds to large dogs.

St. Pet’s Crematorium along Katipunan Street in Barangay Labangon gives pets a peaceful and dignified death with their remains kept in perpetuity.

For a cremation fee of P8,000-P15,000, depending on the size and weight of the pet, St. Pet provides a complementary urn for the ashes with additional services, such as preserving the paw print, as a keepsake.

Pet owners could also opt to keep part of the ashes in chain lockets that can be worn around their necks.

Cebuano heart surgeon, Dr. Peter Mancao, told Cebu Daily News that he thought of building the crematorium in 2015 when he witnessed the very special bond between humans and their pets through his friend, businessman James Abella and the latter’s rottweiler.

According to Mancao, Abella badly wanted to have his beloved pet cremated but did not know of any place that offered pet cremation in Cebu at that time. 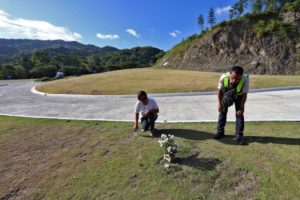 A woman looks at the flowers offered to one of the dogs buried at the St. Pet Cemetery.

(A check with Cosmopolitan Funeral Homes, however, showed that the company’s branch in Junquera, Cebu City, has been offering pet cremation services for at least five years now.)

“Sometimes people love their pets, they see their pets as equivalent to humans who deserve a dignified death,” said Mancao.

Mancao added that the owners’ human-like treatment of their dead pets helps to give them closure in their time of grief.

“There are some who wait here while their dog is being cremated with the entire family bringing food to share and mourning the dog the way we all do for humans,” said Mancao.

Mancao said that the cremation process for pets is basically the same as human cremation.

The crematorium is heated up to 1500 degrees Celsius, enough to dehydrate the animal’s body and turn it into ashes.

The process takes about two hours and after the cremation, the remaining bones are grounded to join the ashes, explained Mancao.

Mancao said that the owners of pets scheduled to be euthanized due to terminal illness in veterinary clinics and hospitals in Cebu are given the option to have their pets cremated upon death.

For those whose pets died at home, St. Pet can be contacted through its Facebook account, www.facebook.com/stpetcebu to arrange for mortuary services. 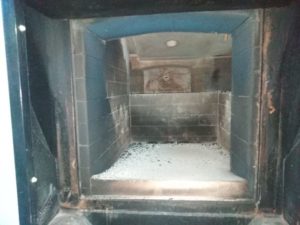 For Minerva Gerodias of Talisay City, Cebu, cremation for her pets was never an option.

Gerodias owns a pet cemetery right at her backyard where 16 of her rescued street dogs and cats that had died over the years are buried.

For people who do not have a place in their backyard such as Gerodias, a private cemetery will soon welcome pet lovers up in the mountains of Cebu City where pets can be laid to rest alongside their owners.

The cemetery’s management wished to remain unnamed until their grand launch which may be happening between 2019 and 2020.

Currently, there is a single tomb in the cemetery occupied by a dog.

According to Rita Cogay, a tanod of the mountain village, the “lucky” dog was given a human-like funeral by its owner complete with a coffin and a funeral service.

“Grabe gyod ni gipangga ning iroa kay mura man og tawo ang pagtrato sa iyang kamatayon. (This dog must have been so loved since it was treated like a human being upon death),” said Cogay.

Shyrose Omilgo, a security guard in the area, said a lot of people have been asking about the private pet cemetery for months.

“Lahi ra gyod ang paghigugma sa tawo sa iyahang mananap. (The love between a person and his pet is really different),” he added.

Mancao, who has regularly witnessed this special kind of love between humans and pet, believes that the world would just be too lonely without the love and loyalty of a pet.

Read Next
Swimming scavenger stays in Bohol for good