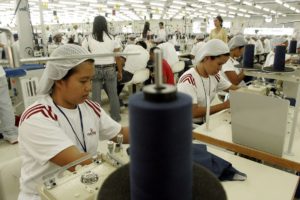 WAGE HIKE: The regional wage board will decide if there is a supervening event that will allow another round of minimum wage increase for labor employees.

Members of the Central Visayas Regional Tripartite Wages and Productivity Board (RTWPB-7) will meet this afternoon to discuss the P150 across-the-board wage hike petition filed by the Cebu Labor Coalition (Celac).

“Yes, it has already been calendared,” said Lawyer Johnson Cañete, regional director of the Department of Labor and Employment in Central Visayas (DOLE-7) on Sunday.

Cañete said the board will decide if there is a supervening event that would allow another round of minimum wage increase.

Earlier, Celac spokesperson Metudio Belarmino told reporters that the rise in inflation rate and the incease in the prices of basic commodities and fuel are enough for the board to determine supervening event.

“(Supervening event can be determined through) inflation, of course. Prices of commodities, so we will be needing DTI (Department of Trade and Industry) and Neda (National Economic Development Authority) for their information and guidance on that,” he added.

Cañete also sits as the chairman of the wage board, while the regional directors of Neda and DTI sit as co-chairmen. Two representatives each from the labor and management sector are the other members of the regional wage board.

“(We will be asking Neda and DTI) the consumer price index of the basic goods and commodities and then of course, the inflation rate in the country, particularly in Region 7,” he said.

He said that without the supervening event, the ruling is that a wage order should not be disturbed within a year.

“Hopefully Neda can already give us the picture and DTI,” Cañete said.

If during their meeting the wage board could not determine yet the existence of a supervening event, they may calendar the discussion of the petition during their next meeting or dismiss it, he added.

“But if Neda and DTI is one in saying that there is no supervening event, then automatically it can be dismissed,” Cañete stressed.

The P366 minimum wage for Class A cities and municipalities under the Expanded Metro Cebu area was increased to P386 per day or an increase of P20.