Rearrangements in the executive department 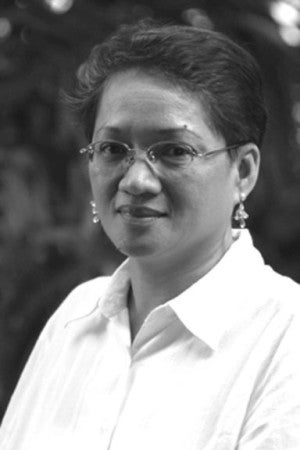 This year’s celebration of the founding anniversary of Philippine Co-operatives will be remembered for a long time because it was held in Malacañang in the company of President Rodrigo Roa Duterte.

Coinciding with the observance of October as Co-operative Month, the formal gathering last October 17 was attended by some 250 co-operative leaders nationwide including congressmen representing the co-operative bloc in the House of Representatives, officials of Cooperative Development Authority and other government agencies.

Mr. Gary Leonardo, who chairs the Philippine Cooperative Center, the apex body of cooperatives told this corner the gathering was an opportunity to thank the President for his support, in particular for keeping the tax exempt status of more than 20,000 co-op enterprises serving some 14 million members. Under Mr. Leonardo’s leadership, PCC is keen to strengthen partnerships with different stakeholders including government agencies. This was a key message during the pre-program prior to PRRD’s arrival.

PRRD spoke spontaneously for one and a half hours during which he mentioned his administration’s continuing war against illegal drugs, criminality and graft and corruption. Towards the end of his speech, he “recognized the importance of the role of co-operatives in nation building, noting they are vital partners of government in development.”

A nice party was had by all with the President gamely posing for pictures with his guests. Sector leaders did not have this kind of attention during the previous administration. In fact, during the Centennial of PH co-ops which ran from 2014 to 2015, former President Benigno Aquino did not attend even one of 12 national congresses organized by CDA. On top of this utter disregard for the sector, the Department of Finance which then had administrative supervision over CDA crafted a Fiscal Incentives Bill that targeted the lifting of the tax exempt status enjoyed by the sector.

In any case, there was no indication at all during the party that CDA which is attached to the Office of the President through the Cabinet Secretary will be placed, yet again, to another executive department.

It was a sound decision because co-operatives are not just business enterprises but human development partners that help, directly or indirectly, practically the mandates of all executive departments.

Executive Order 67 is entitled, “Rationalizing the Office of the President through the consolidation of its core mandates and strengthening the democratic and structural framework of the Executive Department”.

The EO basically amends EO #1 series of 2016 in order to rationalize the Office of the President, “to strengthen its oversight functions over the executive department and further streamline the relevant mandates of its own offices for improved coordination and collaboration consistent with the right-sizing policy espoused by the Administration.”

Asked to comment on this development, Mr. Leonardo said putting the agency under the supervision of DTI will be an opportunity for the sector to prove that “coops are indeed the fastest growing form of economic enterprise with values and principles that make it a truly unique business model.”