Cebu City to get aid, tech 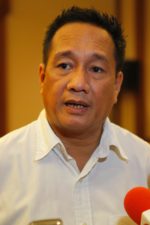 Cebu City’s inclusion as a pilot area in the Smart Cities Network set up by the Association of Southeast Asian Nations (Asean) can help attract foreign aid and collaboration to help resolve its urban problems.

Villarete said through these ventures, the city can adopt cost-efficient solutions for traffic and other urban concerns. Cebu City, Manila and Davao City were chosen to represent the country for the Asean’s Smart Cities Network.

About 26 cities in the Asean region were picked as pilot areas last April. Singapore will host the 33rd Asean summit that started yesterday and ends this week.

Representatives of the 26 cities are expected to commit on adopting the smart cities framework they discussed last July.

The framework emphasizes the use of information and communication technology (ICT) to manage every aspect of an urban area.

Villarete said Cebu City’s track record on implementing projects through the Official Development Assistance (ODA) may have qualified it for the smart cities network.

“Cebu City is enduring all urban woes experienced by the world’s cities such as congestion, waste management, etc. But it also exhibited the advances it had in the past especially with respect to ODA and this was witnessed by the National Economic Development Authority (NEDA),” Villarete said.

Read Next
Palace on possible Imelda pardon: ‘Speculative and premature’