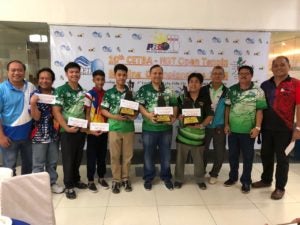 Winners of the 10th Cetba-NBT Open Bowling Championships 2018 pose with the organizers after the tournament last Sunday at SM City Cebu Bowling Center./contributed