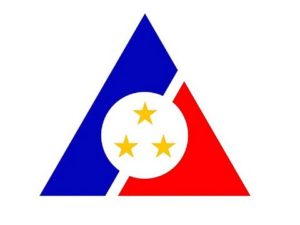 The Department of Labor and Employment in Central Visayas (Dole-7) is asking employers to observe the pay rules that apply on December 8, 2018 (Saturday) that has been declared a special non-working holiday in commemoration of the Feast of the Immaculate Conception of Mary.

Dole-7 Regional Director Johnson Cañete said that employees who report for work on this day are qualified to receive the 30 percent holiday pay for the first eight hours of work rendered.

“We are reminding employers to pay an additional 30 percent of workers’ hourly rate on said day for work done in excess of eight hours because that is already an overtime work,” Cañete in a press release issued on Tuesday.

He said that the “No Work, No Pay,” principle shall apply unless there is a favorable company policy, practice or collective bargaining agreement (CBA) granting payment on a special non-working day.

President Rodrigo Duterte signed into law Republic Act No. 10966 on December 3, 2017 to commemorate the Feast of the Immaculate Conception of Mary, the principal patroness of the Philippines.

Cañete is asking employers in Central Visayas to be guided by the existing minimum wage rates based on Wage Order No. ROVII-21.

He said that employees who render work on a special non-working day shall be paid an additional 30 percent of his/her daily rate during the first eight hours of work.

A different computation applies when the worker is made to work on a special non-working day which also happens to be his/her day off.

These workers, he said, are qualified to get an additional 50 percent of their daily rate on the first 8 hours of work. In addition, the employee is entitled to collect 30 percent of his/her hourly rate for work done in excess of eight hours.

Cañete is asking employers to familiarize themselves with the pay rules “since they would be following a different computation for work done during a special day that also falls on the workers’ rest day.”

They may also contact Luchel Senarlo-Taniza, Regional Labor Information Officer, at telefax number (032) 266-2792 or send an email to [email protected] for their inquiries.