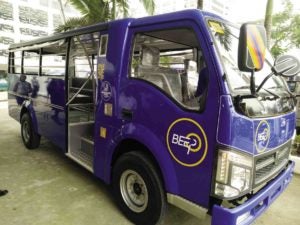 One of several BEEP units that may take the Cebu City streets sometime this week./Inquirer file photo

Cebu-based residents can now test for themselves the first batch of modern passenger jeepneys called Beeps which will service Cebu City’s streets anytime this week.

In a special session held yesterday the Cebu City Council approved a resolution for the routes to be serviced by the Beeps that will be operated by Manila-based firm Persano Corp.

“If they want to start on Tuesday, they can. As far as I know, that’s the only thing they lack before operating in a full-blown scale,” said Councilor Eugenio Gabuya Jr., who endorsed the resolution.

Persano Corp. chairperson Vigor Mendoza II, told reporters in a text message that they will roll out the Beeps between today, Tuesday or tomorrow, Wednesday.

“We thank the City Council and the Mayor. Now, we can serve the people of Cebu City. Once we get LTFRB (Land Transportation Franchising and Regulatory Board) approval on fares, we can start operating in the next two days,” Mendoza said in a text message.

About 20 Beep units will traverse from Cebu City Hall to IT Park via Robinsons Galleria, Cebu Business Park and vice versa. 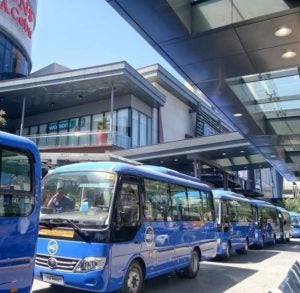 The Beeps are in line with the Department of Transportation’s (DOTr) program on modernizing the country’s mass transport system.

Persano Corp. chose Cebu City as its pilot area for the Beeps, each of which is equipped with a dashboard camera and free WiFi.
It also has a seating capacity of 24 passengers and can accommodate 10 more.

The CCTO earlier said it gave Persano Corp. 45 days from the start of their operations as a pilot period for their operations to determine if the routes they proposed will be feasible in the long-run.

Read Next
P5K for PWDs