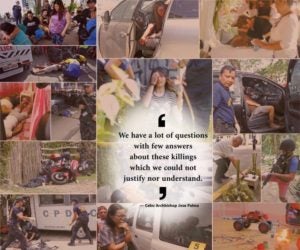 With 253 deaths due to shooting incidents, 2018 was definitely a bloody and chaotic year 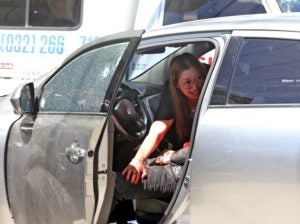 It was a year marked by bloodbath.

Almost every day, a life was lost in gun violence in Cebu as blood was spilled on the alleys and streets of the island all year round.

In a tally made by Cebu Daily News, at least 253 persons were killed in shooting incidents in Cebu from February 17 to December 15, 2018.

Of the number, 184 individuals were gunned down by still unknown assailants — many of whom were masked men on board motorcycles — while the rest of the fatalities perished during police operations.

Majority of these killings remain unsolved. 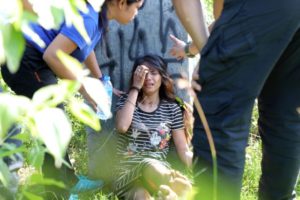 Cebu Archbishop Jose Palma repeatedly appealed for an end in the spate of murders as bodies piled up.

Concerned about the number of deaths, the 68- year-old prelate called on the people to wake up and fight the culture of violence that has enveloped Cebu and other parts of the country.

“We’re not happy with these deaths. We feel sad. It has reached a level wherein respect for human life is lost, while the culture of impunity reigns,” he said in an interview.

“Whoever is doing it, either connected to the illegal drugs trade or for whatever reason, they should know that no one (except God) has the right to take someone else’s life. We know that this is not the Christian way,” he added.

Palma, the chief shepherd of the largest archdiocese in the country with close to four million lay Catholics and about 600 priests — both diocesan and religious, said the Church feels for families of the victims who suffer the loss of their beloved.

“We have a lot of questions with few answers about these killings which we could not justify nor understand,” he said.

Last August, the prelate issued an Oratio Imperata or a mandatory prayer, which has been used in all Masses in the archdiocese to “end the spate of killings in Cebu.” 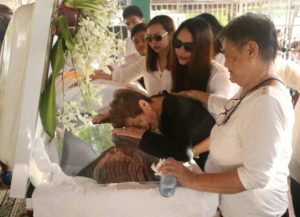 Four minors also lost their lives, including 4-year-old Bladen Skyler Abatayo, who was hit by a stray bullet during a botched police operation in Barangay Ermita, Cebu City, last July 10. 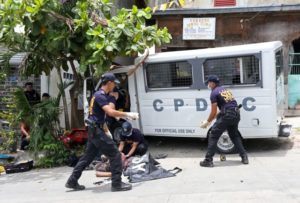 Cebu City Mayor Tomas Osmeña earlier surmised that vigilantes with police protection are behind the series of killings — an allegation denied by police officials in Cebu.

“There are people here with police protection who are going around killing people. I’m not a great detective but that’s what it smells like,” he said in an earlier interview.

Osmeña also lashed out at officials of the Central Visayas police for failing to stop the killings as well as unmasking the perpetrators behind the murders. 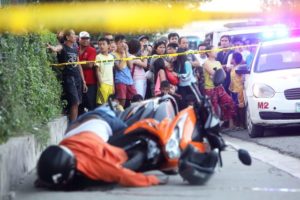 No respect to life

“I absolutely agree that there is a significant increase in the incidents of extralegal killings particularly in Metro Cebu, and all of these boil down to a single reason: man’s natural inclination to disrespect human rights and the rule of law,” he told CDN.

“Seeing that our law enforcement officers no longer observe the rule of law, individuals likewise tend to take the law into their own hands. Hence, we have these rising incidents of extralegal killings. Nobody now dares to respect the right of all human persons to life and blatantly disregard the rule of law,” he added.

Under human rights’ standards, Odron said whoever takes the life of any person has to be held accountable. 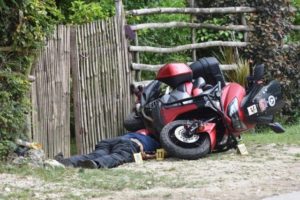 “Many government officials view human rights as a hindrance to peace and security. But a sustained campaign on human rights is seen as a way to strengthen human rights,” he said.

Odron said killing criminals will not address lawlessness in any locality.

To date, the commission has investigated at least 70 cases of alleged extrajudicial killings (EJK) in the region.

Of the cases investigated by CHR-7, at least six, which involved either policemen or operatives of the PDEA, were elevated to the Office of the Ombudsman.

But the cases remain pending at the anti-graft office.

The low number of complainants purportedly indicated that the families of many EJK victims have lost hope of ever getting the perpetrators to answer for their crimes, dismayed by the lack of progress in the investigation of pending cases. 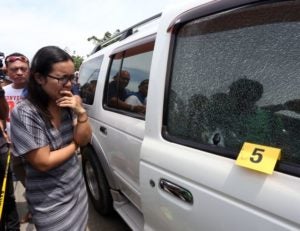 CHR-7 chief investigator Leo Villarino said he understood the public’s sentiment on the slow pace of justice in the Philippines, but cautioned people against taking the law into their own hands.

“The wheels of justice grind slowly. But does killing suspected criminals speed up the pace of justice in our country? In fact, when we kill a criminal, are we not committing another crime? How can you be better off than a criminal?” he asked.

“People have been impatient, and the product of this impatience is the spate of killings. But will these killings solve the cases of illegal drugs? We have yet to see whether killing suspected criminals will be the solution to the drug problem,” he added. 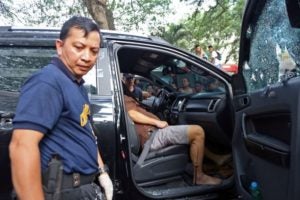 Based on the records of Cebu’s law enforcement units released in December, at least 195 drug suspects in Central Visayas were killed in alleged shootouts with law enforcers since July 2016 when President Rodrigo Duterte launched a relentless war against drugs.

At least 213 others were gunned down by still unknown assailants — all in a span of two years.

On the other hand, at least 13,050 drug suspects were arrested in the region, while some 108,742 drug users and pushers surrendered to authorities at the onset of Oplan Tokhang (toktok hangyo), a police door-to-door anti-drug campaign where suspects are asked to surrender and sign documents renouncing their involvement in illegal drugs, either as a user or a peddler. 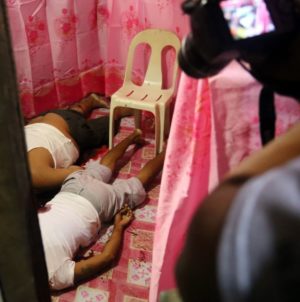 Law enforcement agencies in the region seized a total of 100,148 grams of shabu valued at P801.2 million based on the street price of P8,000 per gram.

Chief Supt. Debold Sinas, the director of the Police Regional Office in Central Visayas (PRO-7), assured the public they were not sleeping on their jobs and that investigators are closely investigating all murders in Cebu.

“We don’t tolerate extrajudicial killings. What we do were legitimate operations wherein the targets put the lives of our officers in danger. And we don’t hide anything. We’re transparent,” he said.

Read Next
God in the human family