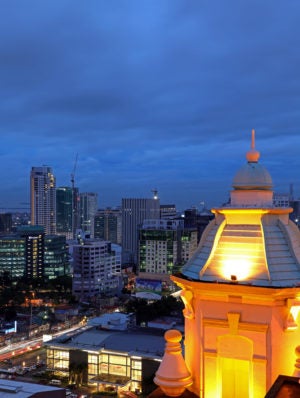 After a roller coaster year highlighted by a couple of economic shocks, Cebu and the rest of Central Visayas can look forward to a better economy in the region in 2019.

Prices of basic commodities will continue to normalize while fuel prices have been going down for the past several weeks, noted Efren Carreon, regional director of the National Economic and Development Authority in Central Visayas (Neda-7).

Along with this, workers who earn less than P250,000 a year will continue to enjoy not having to pay an income tax, which started this year with the implementation of the Tax Reform for Acceleration and Inclusion (Train) law.

“The bottom line is you can improve your well-being. If more remains from your income, because of the cheaper commodities and less taxes, you can provide better for your families and children. You can afford to buy things you could not buy before,” he said.

Since the implementation of the Train law last January, majority of workers brought home higher pay.

However, this was not felt by the working class because in the months that followed, the country had registered record-high levels of inflation. The workers’ extra take home pay just covered for the higher cost of basic commodities.

According to Neda-7, inflation in the region peaked at 7 percent last September.

It then started to go down to 6.6 percent in October and further dropped to 6 percent in November.

Carreon said they expected the inflation to still go down in December, which will be revealed by the Philippine Statistics Authority (PSA) on the first week of January 2019.

“With the slowing down of the inflation rate, we expect prices of commodities to go down further in 2019. We expect that this will be within the government target of 2 to 4 percent,” he said.

But even with the soaring prices of basic commodities this year, Carreon noted that economic activities were still aplenty.

“We still saw a resilient regional economy. Businesses are still brisk. If you look around, construction activity is still very much ongoing. If you go to the mall, you see lots of people lining up, people are still going to restaurants,” he said.

Other economic drivers are seen to propel the region’s economy in 2019.

Tourism, real estate, and the IT-BPM (information technology and business process management) sectors show no signs of slowing down.

Carreon said that based on their third quarter assessment for 2018, there are double digit growth in terms of arrivals for both domestic and international passengers compared to the same period last year.

“The opening of these two airports were the biggest news for the tourism sector in 2018. There have been no major incidents on security and safety and there are more flights (from) abroad,” he said.

One of the things to look forward to in 2019 is the arrival of more Chinese tourists.

According to Tamano, they expect the number of Chinese tourists who visited the region in 2018 to breach the 500,000 mark. And it will only get higher in the coming year.

China has been the fastest growing tourist market for the region in the past two years.

From only 244,925 arrivals in 2016, the number of Chinese tourists who visited Central Visayas in 2017 almost doubled to 429,306, making them the second biggest tourist market for the region, next to the South Koreans. They have also overtaken Japan, which is now in third place.

More flights from Cebu to different cities in mainland China were opened this year. Another one is opening by January 2019.

Tamano said China Southern Airlines will have its inaugural Cebu-Guangzhou flight on January 22, after which there will be a regular thrice a week flights between these two destinations.

Records from the MCIA showed there were 1.4 million foreign tourist arrivals in Cebu from January to September this year, which was a 22.76 percent increase from the 1.15 million arrival record over the same period in 2017.

On the other hand, domestic passenger arrivals at MCIA also rose by 7.61 percent – from 2.6 million in 2017 to 2.8 million this year, on the same January-to-September period.

Aside from the steady influx of tourists, more people from the tourism, travel and airline industries are also expected to visit Cebu in 2019, as Cebu is set to host a couple of big-ticket international events.

Cebu will host the Routes Asia 2019, one of the biggest aviation and route development event in Asia in March 2019. Around 800 delegates are expected in the event that will involve 100 airlines companies, 200 airports, 30 tourism authorities, and 20 speakers.

CAPA-Centre or Aviation will also hold its LCCs (low cost carriers) in North Asia Summit in Cebu in June 2019.

Carreon also highlighted that the Philippines will host the 2019 Southeast Asian (SEA) Games on the latter part of next year.

“In 2019, Philippines will be hosting the SEA Games. This will be a big boost to tourism. Even if Luzon is the venue of the games, many will go to us. Definitely, Cebu and Bohol and the other provinces of Central Visayas will be favorite destinations again,” he said.

On the other hand, the Cebu IT.BPM Organization (CIB.O) said they also expect further growth in the outsourcing industry by 2019.

Wilfredo “Jun” Sa-a Jr. said that even if there were some IT and BPM locators in Cebu who flatlined this year, there were still some who continued to see growth.

US policies and uncertainties on the Philippine government’s stand on foreign locators and tax incentive schemes have pushed some companies in the sector to hold expansion plans in Cebu.

But even with this, he said Cebu still continues to cement its reputation as a major destination for outsourcing.

“In 2019, for existing players, they are already busy looking at expansion areas. We expect employment to continue to grow,” he said.

“Cebu is attractive and competitive for investors. What we’re trying to do in the CPIPO is to bring investors to the countryside, mostly BPOs,” she said.

Other opportunities for investments in Cebu’s countryside are renewable energy and ecotourism, she added.

The year 2019 also presents more opportunities, being a midterm elections year. Business leaders in Cebu see this as an added boost to the local economy.

Cebu Chamber of Commerce and Industry (CCCI) President Antonio Chiu said that historically, more money circulates during an election year.
“2019 is an election year, there is increased circulation of money. In effect, it is good for business. But this kind of money is not long term,” he said.

With more job opportunities and higher take home pay, the young workforce is expected to spur the consumer market.

“Our population is a young population. There are a lot of opportunities going around. The disposable income of people is higher. Those who were earning P15,000 per month five years ago are now earning P20,000 per month. There is high spending,” Go said.

Government policies, programs and laws that are good for business are seen to take shape in the coming year.

Among these is the Ease of Doing Business Act of 2018, or Republic Act 11032, which was signed into law by President Rodrigo Duterte last May. The effect of the law was not yet felt by the business sector this year as the government was still fine-tuning its implementing rules, Carreon said.

The law’s salient features include standardization of the processing time for government transaction, and automation of business permit and licensing for local governments, among others.

“This is a major step towards improving competitiveness of our businesses, not only in cities but also in the countryside by simplifying the procedure and ease of approval. The impact of the law will be felt in 2019,” he said.

and the private sector have been briefed on provisions of the law. By 2019, he said, all government agencies should already be implementing RA 11032, especially since it will be monitored as the law also mandates the creation of an Anti-Red Tape Authority.

The proposed rice tariffication bill in Congress is also seen to be approved by next year.

According to Carreon, this is one government measure that will arrest the increase in the prices of rice, which was the biggest contributor to the soaring inflation rates recorded earlier this year.

Government estimated that once the law is passed, it can result to a P7 per kilo reduction on the price of rice.

The law will allow the importation of more rice in order to put in more supply in the market. Importers will just have to pay a tariff to the government.

The collected tariffs will also be used for a Rice Competitiveness Enhancement Fund that the government will use to aid farmers in increasing their productivity through technical assistance, seeds assistance, and mechanization, among others.

“For 2019, there will still be problems. But it’s still positive. If there are no shocks that will be experienced, especially the external ones which are beyond our control. The prices of fuel is one thing we have to look out for,” Carreon said.