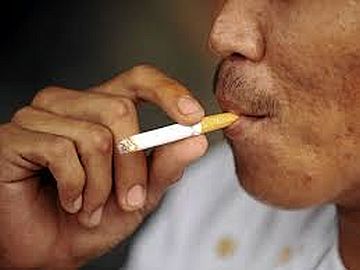 A Cebu business leader says another increase in excise tax on tobacco and liquor will affect the sales volume of these products. /Inquirer file photo

CEBU CITY, Philippines — Another round of sin taxes would result in lower volume sales of tobacco and liquor products.

“The sales (volume) of liquor and cigarette drastically went down because of the sin taxes,” said Go when asked what was the impact when the first sin tax was imposed.

For example, the sales of Mighty cigarettes have experienced a drop in sales volume because the Japanese company that had acquired it increased the prices, Go pointed out.

President Duterte had agreed to certify as urgent the bill of Senator Manny Pacquiao increasing taxes on tobacco and liquor, according to the  Presidential Spokesman.

Senate Bill Number 1599, seeking to amend Republic Act 10351 or the Sin Tax Reform Act of 2012, increases the current unitary excise tax rate to P60 per pack from P30 per pack, and the annual excise tax to nine percent from four percent.

On the other hand, the Lower House had approved on third and final reading House Bill 8677 on tobacco excise taxes and HB 8618 on alcohol taxes in December last year.

Health Secretary Francisco Duque said the revenue generated by the additional sin taxes would be used to fund the Universal Health Care program, which would need P257 billion in the first year of implementation.

Health officials also hoped that the higher taxes on cigarettes would discourage smoking among Filipinos.

The National Survey to Monitor the Impact of the Sin Tax Law conducted in 2015 by the Social Weather Station and commissioned by the Department of Health found that four out of five or 82.3 percent of smokers reported that the number of cigarettes they smoked decreased because of the increased price.

Also, seven out of ten smokers or 69.4 percent considered quitting smoking, and almost the same percentage of respondents 63.8 percent attempted to quit smoking.

Two out of five smokers or 39.4 percent switched to a cheaper brand while 37.5 percent simply resorted to asking others for cigarettes.

However, the number of adult Filipinos who smoked remained high with one out of four or 16.5 million adults admitted to be smokers.

“Overall, and across all demographic characteristics such as sex, age, residence and selected educational levels, cigarette expenditures per month among manufactured cigarette smokers significantly increased,” the survey found./dbs

Read Next
City to give financial assistance to CCPO for Sinulog