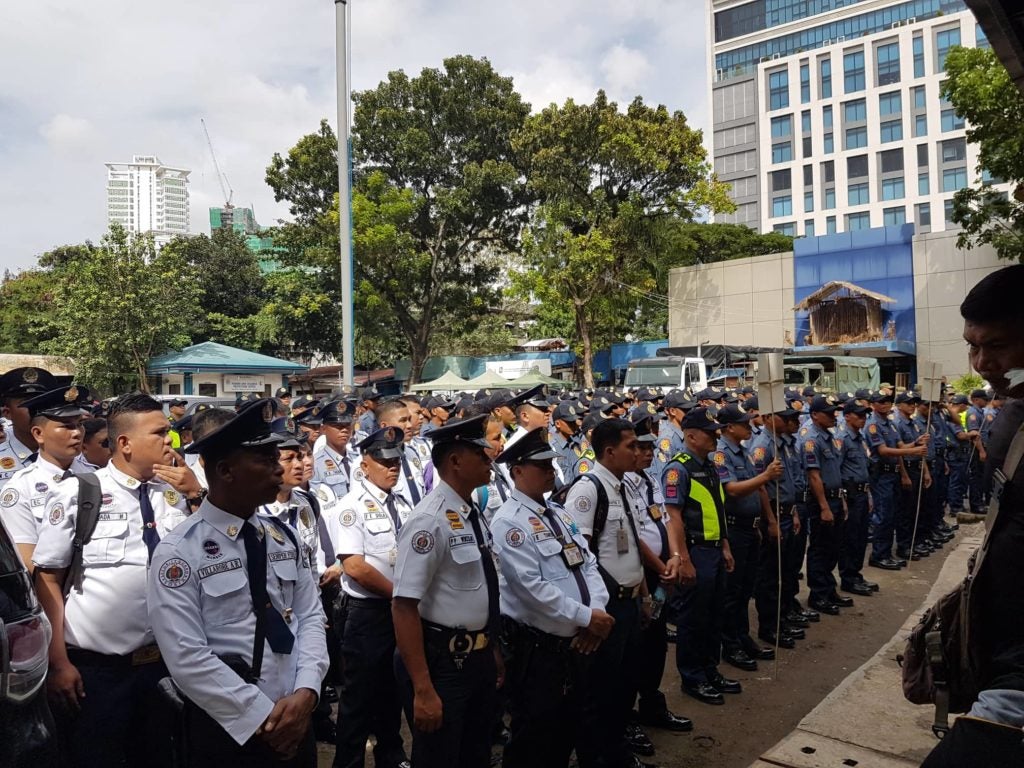 CEBU CITY, Philippines — At least 400 security personnel made up of 84 blue guards from the region’s Civil Security Unit (CSU) and police officers from the Cebu City Police Office (CCPO) are securing the route of the parade for the formal kick-off of the Sinulog 2019 this afternoon, January 11.

Senior Insp. Arieza Otida, information officer of the CCPO, said that each guard from the CSU had been paired with a police officer and had been deployed in the route of the kick-off parade to secure the pilgrims.

The security personnel had been divided into three sectors. The first sector would cover the starting point of the parade until the intersection of Colon Street and Osmeña Boulevard.

From there, Sector 2 personnel would continue to secure the route until corner R. Landon Street beside the Police Regional Office (PRO-7).

The third group of policemen would then cover the area from the PRO-7 until the Cebu City Sports Center where the kick-off program would be staged. /dbs