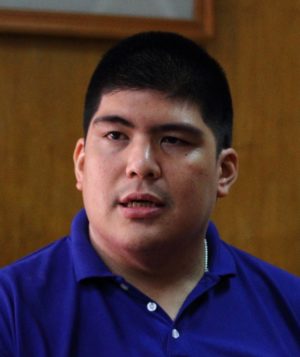 MANDAUE CITY, Cebu — There will be more cases to be filed over alleged irregularities in Mandaue City Hall transactions in the coming days.

This was the stern warning of Mandaue City Mayor Gabriel Luis Quisumbing, who, just last Tuesday, filed a civil case against a private firm that acquired 3.5 hectares of a city-owned lot for just P50 per square meter in 2015.

Quisumbing said he plans to file at least five more cases against officials who allowed irregular transactions during the term of former Mayor Jonas Cortes.

“Over the last few months, nangabot na man ang katong mga dokumento. As time goes on, we will be filing appropriate charges to those who are responsible for those corrupt acts,” Quisumbing said. “There are actually about five or six corruption cases that we will be filing in the next few weeks. In the coming days, we will reveal the anomalies and the other corrupt acts.”

In October 2018, Quisumbing instructed the City Legal Office to review the contracts entered into by the city during Cortes’ term from 2007 to 2016. These contracts involved real properties of the city being leased or sold to private firms.

Quisumbing also said the filing of the first case against E.C. Ouano Development and Management Corp. (Ecodemcor) is “the first step in cleaning the acts of the city.”

Both Quisumbing and Cortes are vying for the mayoralty post of Mandaue in this year’s midterm elections. BJO