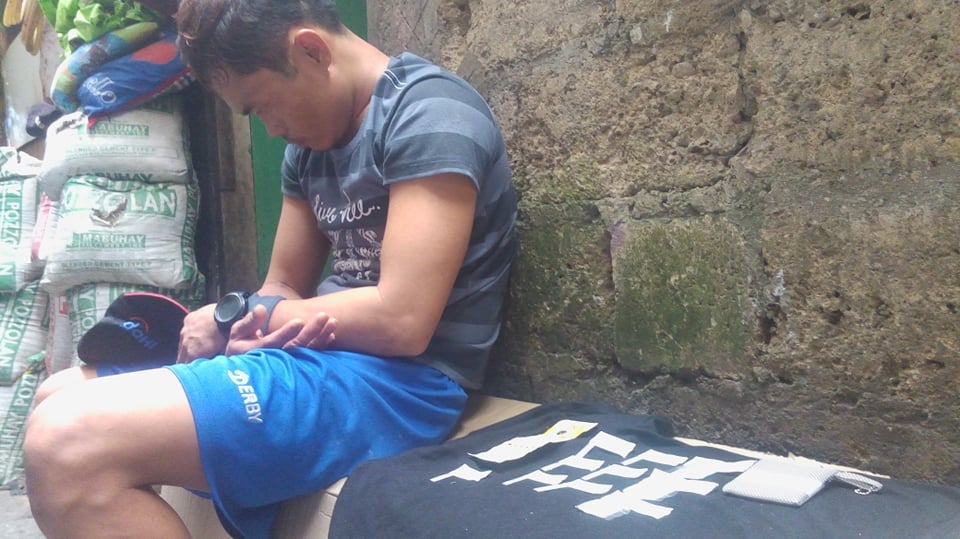 Rodel Flores of Barangay Tejero, Cebu City is caught with P108,000 suspected shabu during a buy-bust operation in the barangay on Wednesday,, January 16. Contributed photo

CEBU CITY,  Philippines — Cebu City police confiscated at least P100,000 worth of suspected shabu during a buy-bust operation in Barangay Tejero in this city on Wednesday, January 16.

Senior Insp. Joemar Pomarejos, Waterfront Police Station chief, said that they also arrested Rodel Flores, 35, of Sitio Ponce 2, Barangay Tejero, after he was caught with P108,000 worth of suspected shabu during the police operation at 5 p.m. that day.

Pomarejos said, in an interview with Cebu Daily News Digital, that they conducted the buy-bust operation against Flores after they received reports from residents about the suspect’s illegal drug activities.

He said that they monitored Flores activities for 10 days before conducting the operation.

Flores, in a separate interview with CDN Digital, admitted to his illegal drug activities

He said that he had resorted to selling illegal drugs about a year ago when the construction project they were working on was completed and he was out of a job.

Flores said that he worked as a construction worker before he ended up in the illegal drug business.

Flores was detained at the Waterfront Police Station pending the filing of charges./dbs