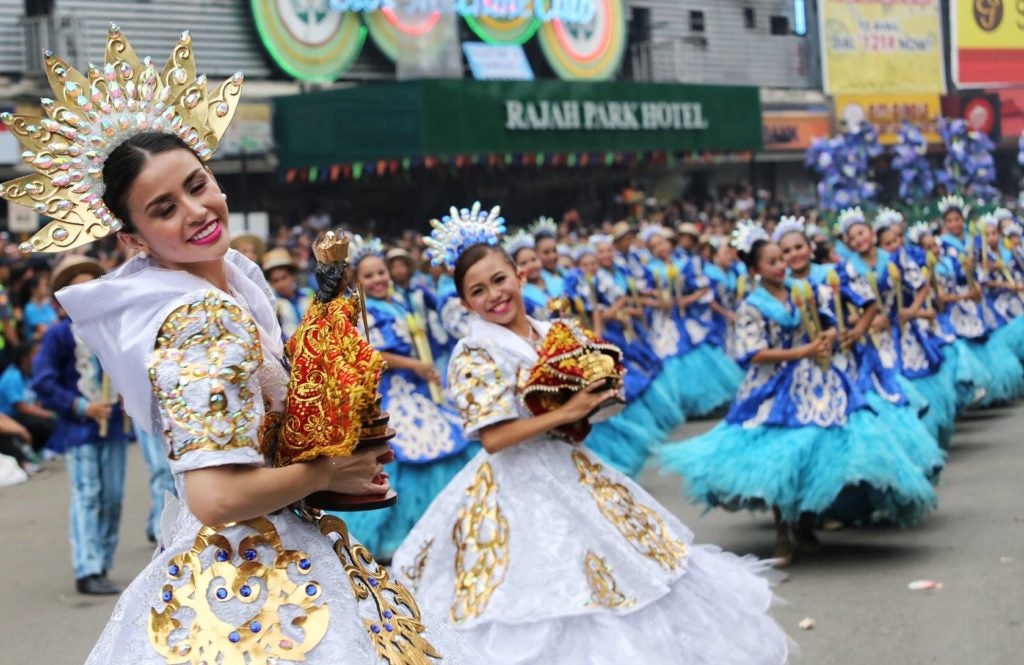 The contingent from Talisay City in Cebu performs at the Fuente Osmeña Circle area enroute to the final dancing stage at the Cebu City Sports Center during the Sinulog grand parade held on Sunday, Jan. 20, 2019. |CDNDigital photo by Junjie Mendoza

CEBU CITY, Philippines —  Not even the threat of a storm could stop the  multitude of devotees from filling up the Basilica Minore del Sto. Niño on Sunday, the day the Catholic world celebrated Fiesta Señor, or the Feast of the Child Jesus.

And not even a downpour could stop the crowd from going out in droves to watch and revel in the mardi gras-like grand parade that concluded this year’s 10-day Sinulog Festival, the cultural aspect of the feast that honors the Señor Sto. Niño.

All in all, the twin events packed the Basilica and Cebu City’s streets with 2.5 million people, or about half a million more than that of last year’s crowd.

Amid it all, there were no ‘major’ untoward incidents on Sunday, January 20.

Chief Superintendent Debold Sinas, director of the Police Regional Office in Central Visayas (PRO-7), affirmed that the crowd this year was about 5000,000 more than last year, and the increase was mostly on the number of spectators to the grand parade, which ran for over 12 hours, or from 9 a.m. to about 10 p.m.

Sinas said the crowd thinned when rain poured at past 10 a.m. to about 2 p.m. as a result of the bad weather spawned by Tropical Depression ‘Amang.’ But after the rain stopped,  the crowd grew even bigger peaking at about 2 million.

The pilgrims who attended the Pontifical Mass at the Basilica Minore del Sto. Niño at the break of day was estimated to be about 500,000.

He said that at least 6,000 police personnel and force multipliers such as barangay tanods and volunteers worked on shifts to ensure the security of the Sinulog routes.

Devotees packed the Pilgrim Center of the Basilica Minore del Sto. Niño to hear the Pontifical Mass to celebrate Fiesta Señor, or the Feast of Sto. Niño, on Jan. 20, 2019.| Photo by Zena Magto

Despite the crowd being so huge,  there were only  two commotions recorded on Sunday afternoon along General Maxilom Avenue (formerly Mango Avenue) and Fuente Osmeña Circle.

Around past noon, a surge of spectators crossing the cordon line created a slight commotion at the junction of General Maxilom and  Juana Osmeña Street. The crowd crossed the street in droves  after a breach on the cordon line in the area during a lull in the parade.

Senior Inspector Ayieza Otida, spokesperson of Cebu City Police Office (CCPO), however said that the crowd was subdued in less than five minutes, or before the next street dancing contingent arrived.

About two hours later, at around 3 p.m., a similar situation caused commotion at the Fuente Osmeña Circle when people breached the cordon line. This one took the police around 20 minutes to put back in order, said Otida. 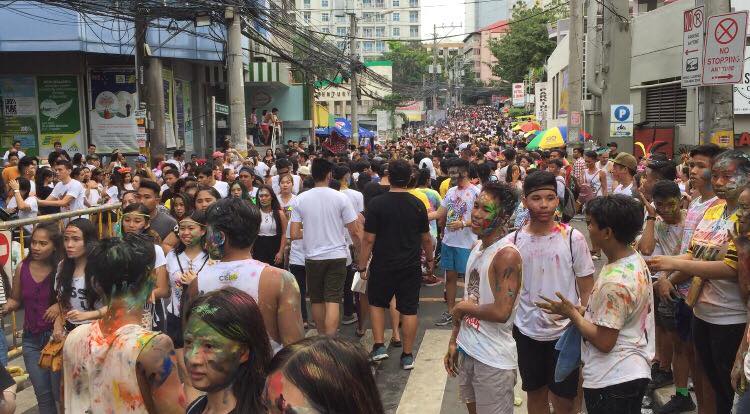 Superintendent Royina Garma, director of tbe CCPO, ordered the deployment of more policemen in the area and also deployed force multipliers such as security guards to help control the crowd.

Sinas said that one person fainted after the commotion. But he dispeled reports that it was a stampede.

“I would not call it a stampede. I don’t think it is a stampede. The people were really just rushing to cross the road,” said Sinas.

Sinas said that the biggest challenge during the grand parade was the insistence of the crowd to breach the cordon line and cross the road.

Sinas said for the whole duration of the grand parade, the security was satisfactory and the strategy was a success, even if there were incidents of petty crimes and pickpockets.

Read Next
TD ‘Amang’ left 656 passengers in the Visayas stranded