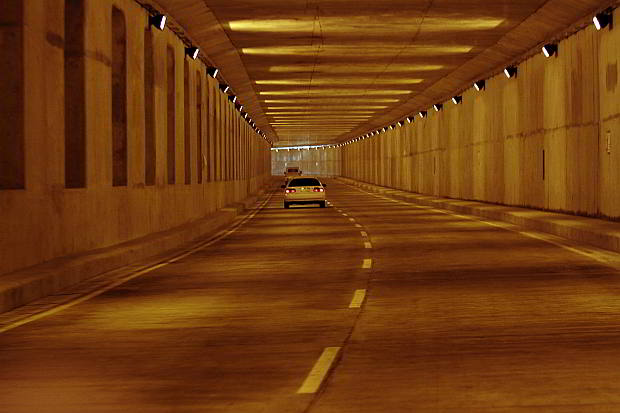 CEBU CITY, Philippines – Traffic rerouting plans are now being prepared by the Cebu City Transportation Office (CCTO) as they are set to close the northbound tunnel of the Cebu South Coastal Road (CSCR) that connects the viaduct leading to the South Road Properties (SRP) to mainland Cebu this weekend.

In a phone interview with Cebu Daily News Digital, Francisco Ouano, operations chief of CCTO, however said that the traffic rerouting scheme they prepared will only be implemented if a large volume of vehicles is expected to pass through CSCR on Saturday evening (February 2) up to Sunday dawn (February 3).

Ouano said vehicles will either be diverted to the service road located at the sides of the tunnel’s SRP entry point, or towards F. Vestil Street that connects SRP to Barangay Mambaling.

“Usually, at these hours, we are not expecting a large volume of cars passing through CSCR. We will only implement these traffic rerouting schemes if needed,” said Ouano.

The northbound lane of CSCR Tunnel will be closed starting 10 p.m. Saturday up to 4 a.m. Sunday to give way for engineers from the Department of Public Works and Highways in Central Visayas (DPWH – 7) to replace one of the blower fans inside.

The blower fans inside the tunnel provide enough air ventilation for motorists passing through it.

Ouano said DPWH – 7 has already asked their office, through a formal letter, last week to close the northbound lane of CSCR Tunnel./ elb