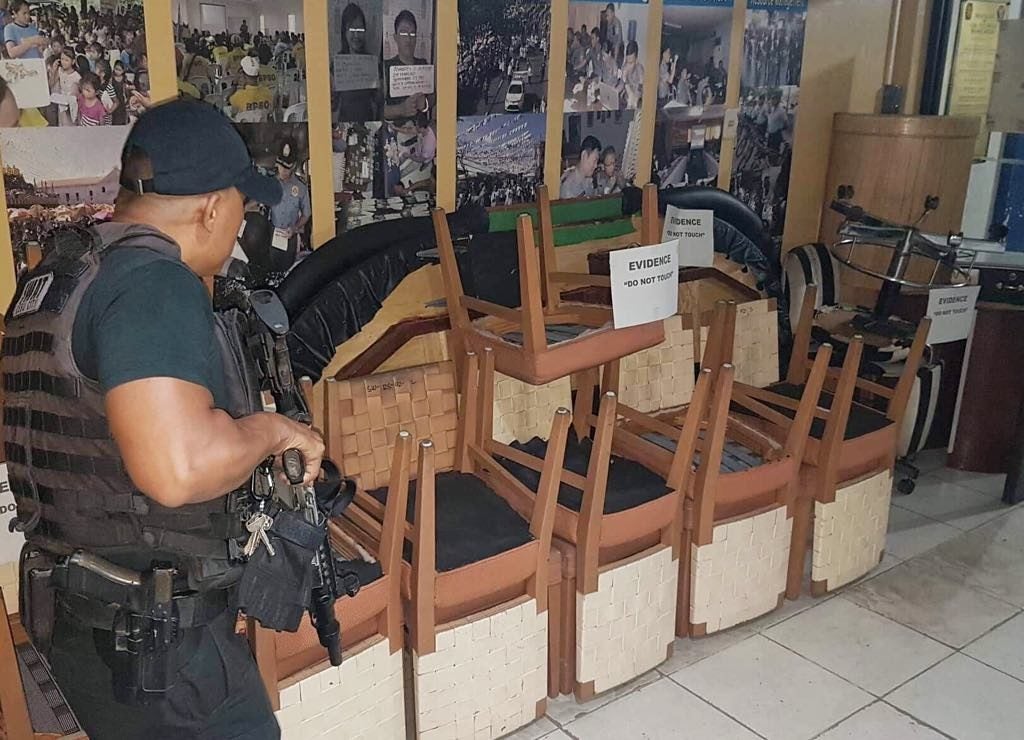 A law enforcer from CCPO inspects the evidence gathered from the illegal gambling house that was raided on the dawn of February 1 which is located behind a hotel in Gorordo Avenue, Barangay Kamputhaw, Cebu City/ CDN PHOTO BY BENJIE TALISIC

CEBU CITY, Philippines — Police will only reveal the names of public officials and employees who allegedly frequented the illegal poker house that was raided earlier today, February 1, when they can obtain photos and videos showing them inside the establishment in Barangay Kamputhaw in Cebu City.

Senior Superintendent Royina Garma, Cebu City Police Office (CCPO) chief, said that they were still verifying the reports containing names of politicians and other prominent individuals allegedly spotted every now and then inside the illegal gambling house.

Garma again reiterated refusing to divulge these names pending confirmation and supporting evidence such as videos and photos of these people inside the illegal poker house.

She also said that they were not able to find recorded closed-circuit television (CCTV) footage when they raided the establishment around 1 a.m. today.

Garma also said the illegal poker house raided earlier today has been monitored by authorities since she was still the chief of the Criminal Investigation and Detection Group in Central Visayas (CIDG – 7).

“We also verified this with Pagcor (Philippine Amusement and Gaming Corporation) at sabi nang nila wala talagang silang permits to operate,” she added.

She said that it really took a while for them to validate from Pagcor if the gambling house was illegal or not./dbs