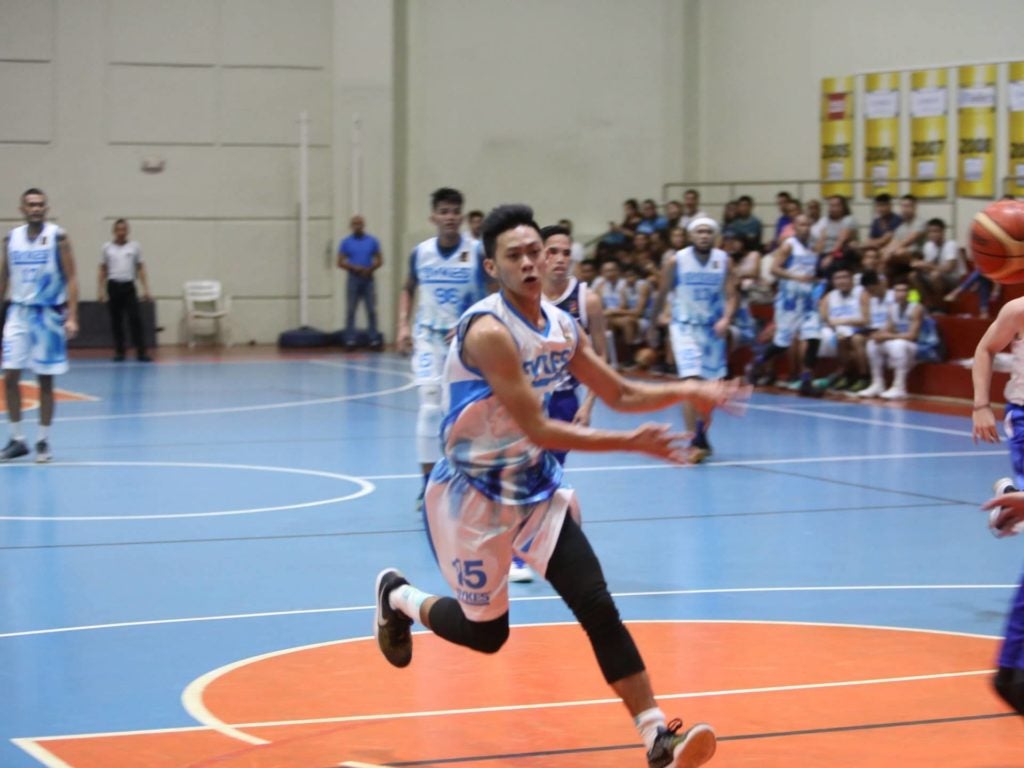 Earl Montilla put Sykes on his shoulders and carried the Pioneers to the series-tying win. | contributed photo

Cebu City, Philippines – Earl Montilla was the man of the hour for Sykes as he hit all the big shots in the game’s most crucial moments in the Pioneers’ thrilling 69-68 win over the Accenture Sharks in Game 2 of the Elite Classic division finals of the Tanduay Athletics E-Leagues for Basketball on Saturday, February 2, 2019 at the City Sports Club-Cebu.

The Sharks were hellbent on finishing the series and claiming the title and were headed that way after two free-throws by Giovanni Inez put Accenture ahead, 66-64, with under a minute remaining.

But Montilla, a former guard of the University of Cebu (UC) Webmasters, refused to quit and canned a booming triple to shove Sykes back ahead, 67-66, time down to 26 seconds.

Accenture had a shot at regaining the lead but Aldene Batino missed two free-throws and Sykes was able to track down the looseball.

However, the Pioneers struggled to find the open man on the ensuing inbound, and Batino pounced, coming up with a steal before passing it off to a streaking Jetro Gonzaga, who canned the go-ahead layup for the Sharks, 68-67.

With no timeouts remaining, Montilla drove down the length of the floor and into the teeth of Accenture’s defense before softly banking in a floater to give Sykes the lead, 69-68, with just 1.9 ticks to go.

Still, Accenture had a shot at winning the game but Sherwin Resilla’s jumper was blocked by Joerico Maneja as time expired to give Sykes the pulse-pounding victory.

Montilla finished with 26 points and nine rebounds while Janjan Auditor, who had to fight off cramps, added 13 markers and eight boards.