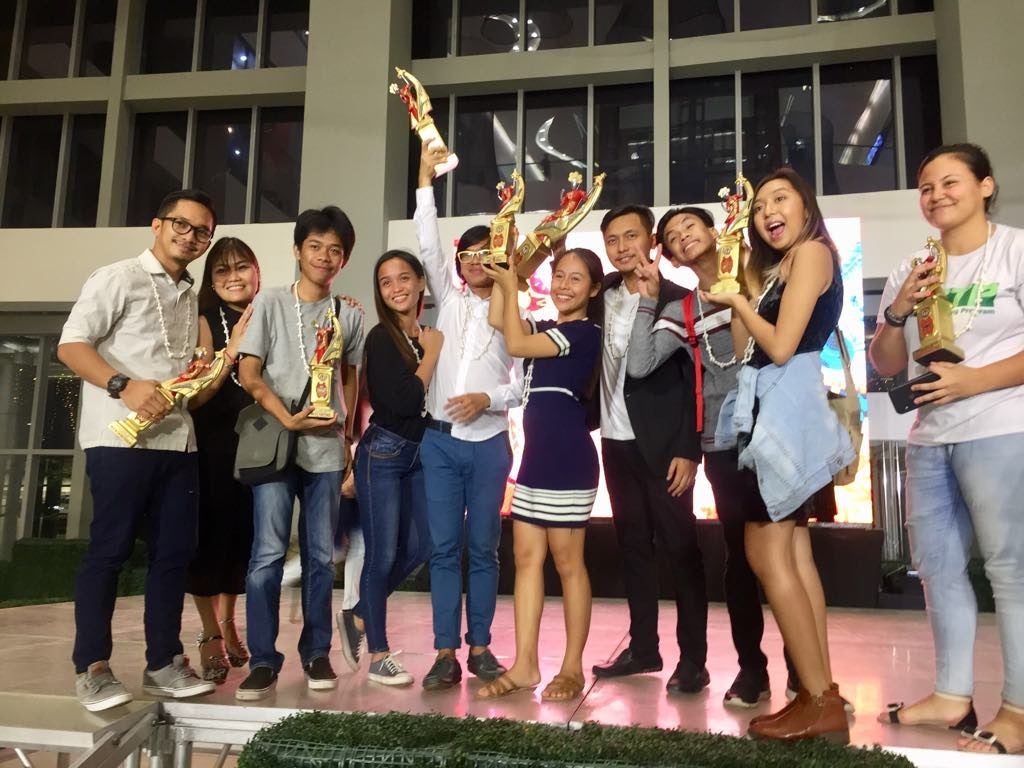 Eli Razo (seventh from left) and the cast and crew of ‘Usa ka Libo’ celebrate after winning the Best Short Film of the Sinulog Short Film Festival 2019 at the SM Seaside City Cebu.| Michelle Joy Padayhag

CEBU CITY, Philippines — The story of an island girl with big dreams has won the hearts of the judges in Sinulog Short Film Festival 2019.

“Unbelievable. I am glad all the hard work paid off,” Razo told reporters when asked for a comment after winning most of the awards.

Razo’s entry also won the Best in Sound Engineering and Musical Scoring, Best In Editing, Best in Cinematography, and Best Story and Screenplay.

The team consists of 18 cast and 12 crew, who are all pride of Bantayan Island.

One of the challenges is to shoot the scenes in Santa Fe, Bantayan Island and in Cebu City.  The team only had less than a month to shoot, edit, and submit.

This is not the first time that Razo joined the Sinulog Short Film Festival.

In 2018, Razo directed “Merci” which bagged the Best Story and Screenplay and second place for Best Short Film.

Here are the full list of winners for Short Film category: