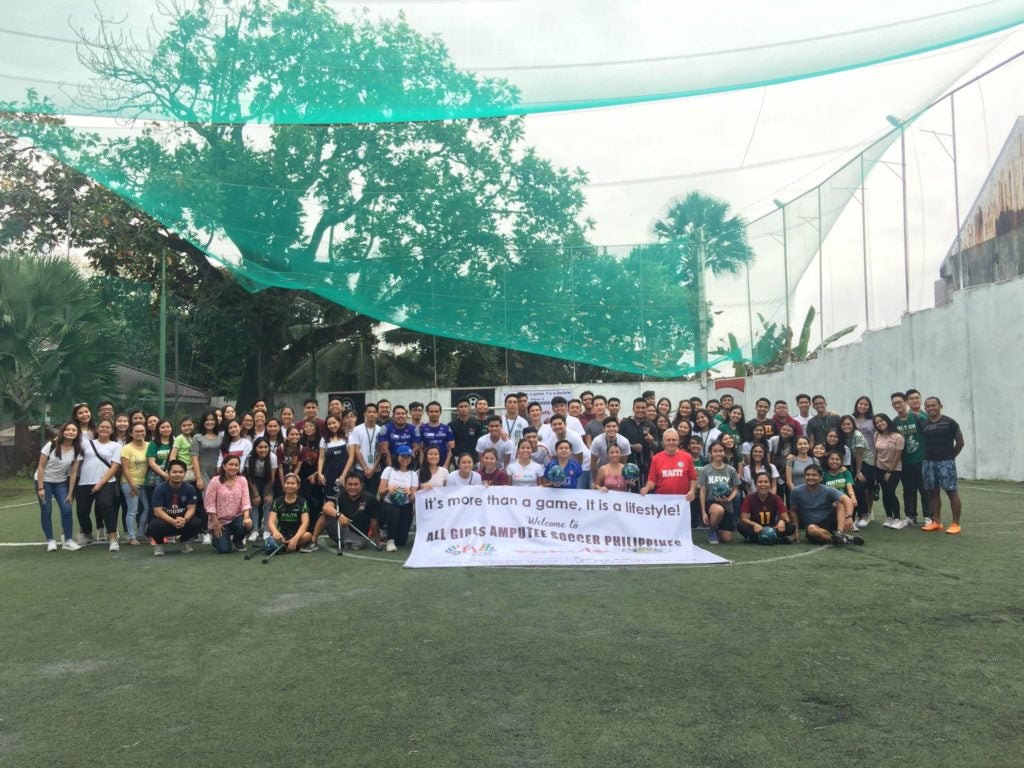 CEBU CITY, Philippines – Cebu City is known to be at the forefront of sports development in the country.

This was proven anew when the Queen City of the South hosted the country’s first amputee soccer/football game at the artificial turf of the Giuseppe Football Club in barangay Banilad last Saturday, February 2, 2019.

The game was part of the launching of the All-Girls Amputee Soccer Philippines by the Velez College of Physical Therapy through its community extension program in partnership with the Philippine Accessible Disability Services (PADS) and the World Amputee Football Federation (WAFF) through Dr. Fred Sorrells, who serves on the Executive Committee of WAFF. 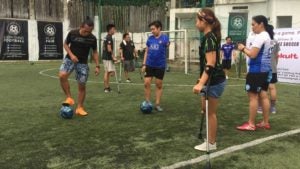 Eunice Cuestas (center), who has been playing soccer for 14 years despite her disability, and Prime Agang of the Giuseppe Football Club, teach football skills to the women members of the PADS Dragon Boat Racing Team. CDN Digital | photo by Mars G. Alison

The game was played by some members of PADS and other amputees.

According to Ruedas, the group is actively recruiting for “upper extremity amputee girls (for goalkeeper) who are in their homes doing nothing, those who have recently had accidents who want to pursue a life in sports so this is an alternative for you young ladies aged 14 and above to please contact the College of Physical Therapy, Velez College, as we pioneer this program on adaptive soccer.”

This is the fourth adaptive sport that PADS is offering after Dragon Boat racing, wheelchair basketball and sitting volleyball.

“We’re really aiming to set up an all-girls team and also an all men’s football team and hopefully come up with amputee football team here in Cebu that can also compete and be able to represent our country later at the World Amputee Football Cup next year,” said PADS’ JP Maunes, who also serves as the team manager of the PADS Dragon Boat Racing Team.

Amputee soccer/football, according to Sorrells, is the same as the able-bodied or regular soccer with a few exceptions.

“Amputee football is very similar to able-bodied or FIFA football, exceptions being our players are on crutches and the fielders are six in number and they’re playing on crutches, and we have one goalkeeper who is an arm amputee,” explained Sorrells, who was instrumental in the creation of the national men’s and women’s amputee teams in Haiti.

Sorrells added that there are also modifications to the rules as there’s no offsides, players can go in and out for substitutions, they play 25 minutes per half and there’s no slide tackling to protect the players. And, they play in a 40 x 60 meters field or pitch.

Sorrells further added that their plan is to have an amputee soccer team on every island of the Philippines. /bjo