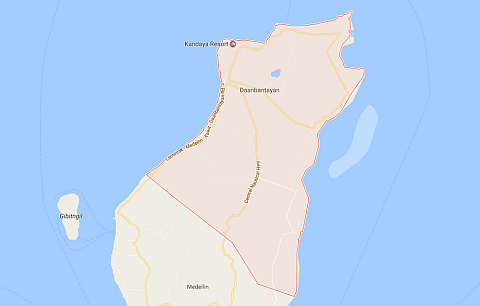 CEBU CITY, Philippines — Daanbantayan Mayor Vicente Loot has directed the Municipal Health Office (MHO) and barangay officials to intensify community-based dengue prevention and control mechanisms after 66 cases of dengue have been reported in the northern Cebu town from January 1 to February 8.

The municipality, however, has not recorded any incident of death resulting from the mosquito-borne disease.

In a post on its official Facebook page, the municipality of Daanbantayan reported that the dengue cases were reported in 14 of its 20 barangays.

The town is 127 kilometers, or around three hours drive, from Cebu City in the northern tip of mainland Cebu. 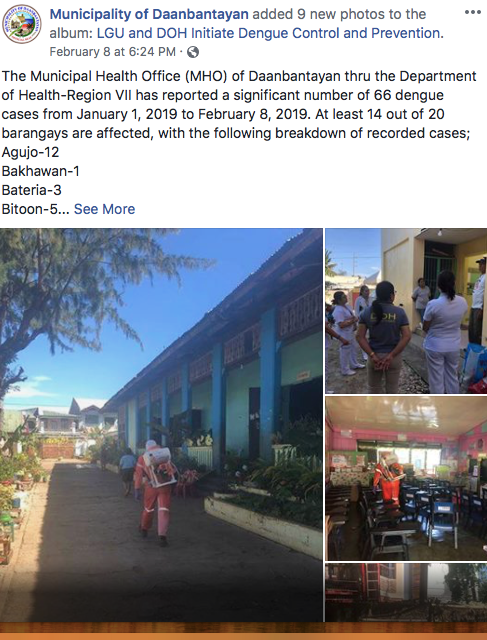 A Facebook post of the municipality of Daanbantayan on Feb. 8, 2019 alerts residents of the rise of dengue cases in the town.

“The MHO and barangay officials have initiated an interpersonal information dissemination campaign in different schools and households by encouraging everyone to participate in the cleanup drives to ensure that their surroundings are free from breeding places of mosquitoes,” the post read.

“Moreover, the MHO, in coordination with DOH 7 (Department of Health in Central Visayas), has conducted misting operations to eliminate and destroy mosquitoes. The MHO has already conducted misting activities in barangays Poblacion and Agujo,” the post added.

Misting activities are also set this week for the barangays of Tapilon, Maya, and Talisay./elb